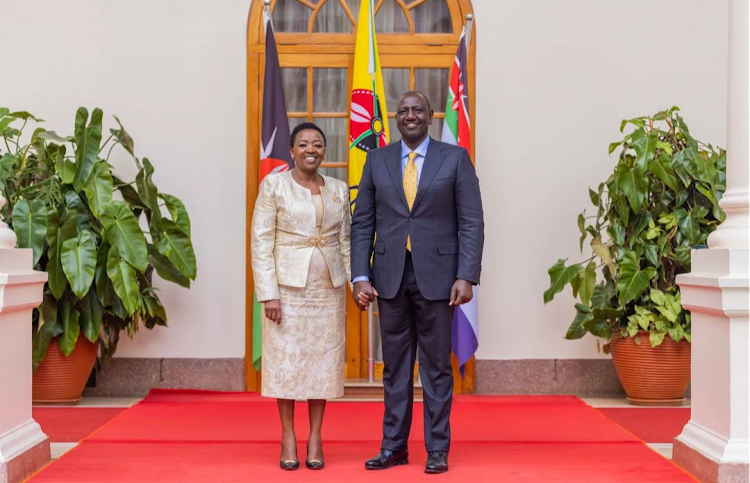 President William Ruto yesterday during a Sunday service at the Interdenominational church in Nanyuki Stadium announced that he and his wife Rachel Ruto are officially proud grandparents.

This comes in after their son Nick Ruto and his wife Evelyn Chemutai welcomed their first child.

(Last year, we came here to pay dowry and I now want to thank the people of Laikipia, who gave my son a wife, because we have been blessed with a grandchild,)” said President Ruto as he shared the good news.

He went on to add that his Sunday visit might have something to do with their little bundle of blessings.

“Perhaps my being early here has to do with that! So thank you to the people of Laikipia for giving be a daughter-in-law. Our family is growing,” he added. 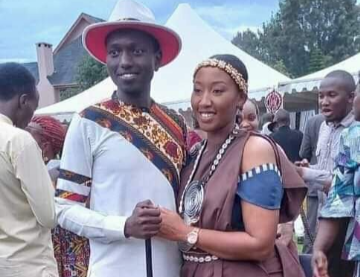 Nick Ruto with his wife Chemutai

Nick, a lawyer by profession had his koito, a beautiful traditional Kalenjin ceremony wedding ritual that involves the negotiation of a bride's dowry ceremony in January 2021.

Where he married Chemtai, in line with Kalenjin customs.

Announcing the traditional wedding and engagement news, Nick wrote on his social media that they met their families as culture demanded.

He then went on to add, “Special thanks for your support and prayers. Evelyne Nick.”

The couple, Nick and his Chemtai, was last seen in public during the 59th Mashujaa Day celebrations in 2022.

Nick Ruto was in a black suit while his wife was in an Army green chiffon long dress.

President Ruto and his wife have 7 children together.

Their other children are June Ruto, Charlene Ruto, Stephanie, Cullie, George and Nadia

President William Ruto on Wednesday defended his daughter, Charlene, after her remarks on "Office of the first daughter' caused confusion.
Entertainment
3 weeks ago