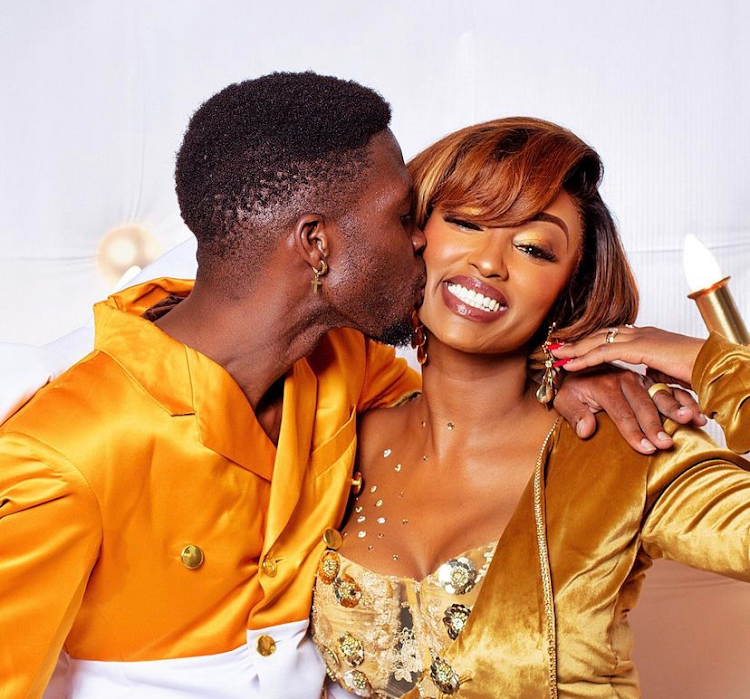 Marini Naturals CEO Michelle Ntalami has come out to defend herself after netizens called her out for failing to attend slain LGBTQ+ activist Edwin Chiloba's burial.

The late high-end fashion designer was laid to rest on January 17, 2023, at their home in Sergoit Village in Elgeyo Marakwet roughly two weeks after his brutal murder.

However, netizens were keen to note that almost all the public figures especially those who are also members of the queer community who had been vocal in calling out the government for failing to protect queer people in Kenya did not make it to Elgeyo Marakwet to give their friend their final good bye's.

Among those who were highly vocal about the late Edwin Kiptoo’s murder and calling out the general public for being homophobic were Michelle Ntalami, Dennis Karuri, and Makena Njeri all of those who didn't make an appearance.

As local media outlets reported on this final rite, many Kenyans wondered where these voices were, and Michelle Ntalami had to respond why she had been absent from the burial.

“Where are those LGBTQ activists who claimed to be her friends? Makena Njeri, Michelle Ntalami, Dennis Karuri, Chiki Kuruka??? It was all a gimmick to gain international sympathy,” Steven Starboy quipped calling out the irony of the matter. 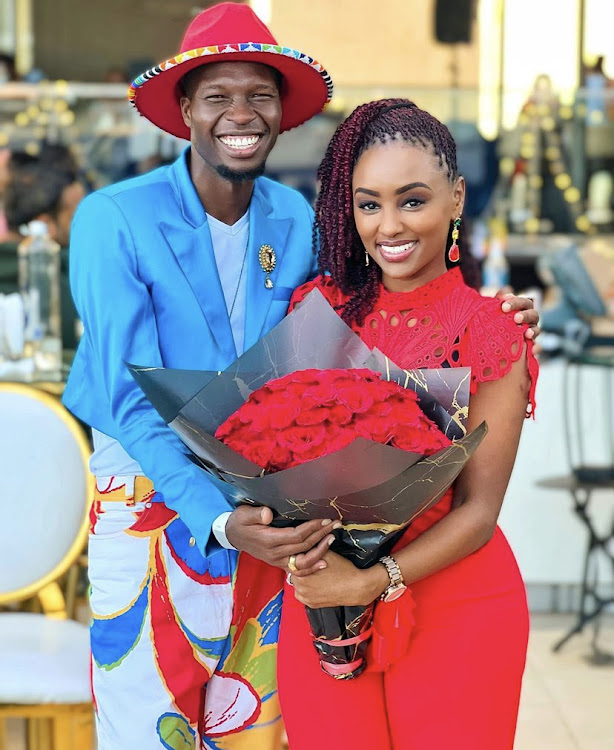 An angry Michelle Ntalami clearly triggered by the attack responded by saying, “First of all, address him proper; HIS friends. Secondly, you don’t know any facts for you to be running your mouth like this. Some of us showed up and paid our respects in ways you may not be privy to.

Those who didn’t or couldn’t manage to don’t love him any less! You are one of those keyboard warriors just waiting to see who attended and who didn’t just to make people look bad. How about you post a tribute for Edwin Chiloba and remember him in love instead of all this bitterness? If not, let him rest. He is loved, and his love WINS,”

Michelle took to her Instagram stories to post a picture of her and a friend smiling as she revealed that they had held a vigil for Chiloba in Nairobi.

“I had the most wonderful time today with the community, holding space for our friend Edwin Chiloba. Deeply honored to make the speech and tribute to him. Thank you Nasharia Kenya for putting this together.

Let’s forever hold those close to our hearts the 5 things that we’ll remember him for,” Ntalami posted in a bid to save face and highlight that she in deed was as great a friend to Chiloba as she claimed on social media and her posts weren't just for traction. 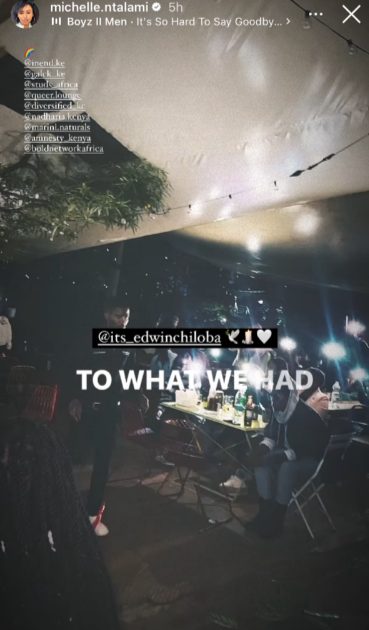 Michelle Ntalami attends a vigil for the late Edwin Chiloba

She also revealed that one of the late Edwin Chiloba’s favourite songs was Savara's ‘Fashionista’ as she sent the late Chiloba a love message on her stories.

Michelle also spoke about how, ironically, the love that he died for was the same love he would be remembered for.

"I spoke about you today, I shared how ironically the love that you died for is the same love you will from now on till forever be remembered for.

Former Nairobi Governor Mike Mbuvi Sonko has landed in trouble with Businesswoman Michelle Ntalami after alleging that she used to date slain LGBTQ ...
Entertainment
2 weeks ago