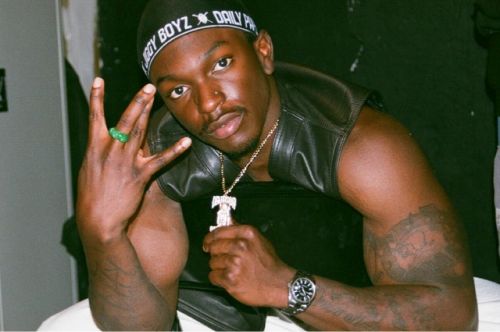 ‘Makaveli’ is the third single taken from his highly anticipated new mixtape Top Memba which will be out in July.

Speaking on the new single which will see a special video drop on Tupac’s Birthday 16th June, Kida Kudz says;

"I recorded ‘Makaveli’ in the UK, at my house. I didn’t even have an idea it was going towards the Makaveli side of things but I guess that's what my mind was telling me to do. “All my jigga’s anti-social” - I was speaking about how me and my people move in life basically. It's just literally a Tupac attitude, of the Thug Life movement he had going on. It's just me in that Tupac spirit, and me being myself - being jiggy!"

This highly anticipated 10-trackerwas written in the afterglow of the birth of his first son at his home in London, making this his most intent and personal body of work to date.

Kida Kudz has always had an intense love for music counting the likes of Lil Wayne, Tupac, DMX, BBK, Fela Kuti, Haruno Ishola, Tuface and Ebenezer Obey as some of his most vital influences.

DaBaby's hit song Rockstar, featuring Roddy Ricch has spent a fifth week at No. 1 on the Billboard Hot 100 chart.
Entertainment
1 year ago