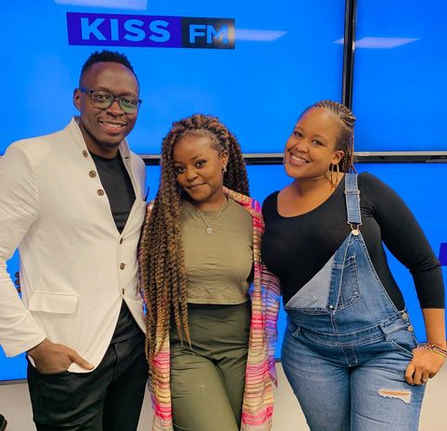 Probably you have been wondering why the name Blue?

The ‘Found you’ artist said that she chose the name Blue as it’s her favorite color, it’s a B like her name, and it sounds good.

Bridget never thought she would fully venture into music, as she was doing covers for fun while still in high school.

The positive feedback she got from the cover's made her more proactive. Her consistency led to her being signed into a music label.

Bridget defines her sound as a mix of everything, mainly RnB and Soul, for it's a nice subtle way to express self.

Her first solo song was 'different,' which she wrote in form three at Moi Forces Academy.

On campus, she studied Aviation and Beauty, which she defined as her way of escape.

The 22-year-old has been in the music industry for three years.

COVID- 19 being a time when many artists felt the pressure on their craft, Bridget describes the season as good and bad with a mixture of highs and lows.

In the country, she aspires to work with the 'Aye' hit maker, Mbithi, who also doubles up as a songwriter.

Internationally, she yearns to work with the ‘Fenty’ boss lady, Rihanna.

Bridget's parents have been supportive of her craft, and her dad, who is in the military, uploaded her first video on his YouTube Channel.

She describes her song 'goodbye' as finally getting the courage to walk away from a toxic relationship.

She says she is currently in a relationship with her music and it is working out.

Bridget adviced upcoming artists is to take advantage of social media and believe in their craft.

She also highlighted that succeeding in the music industry does not depend on a person.

Bridget is yet to release an album by the end of August.