Sallam accuses Alikiba of refusing to perform before Wizkid 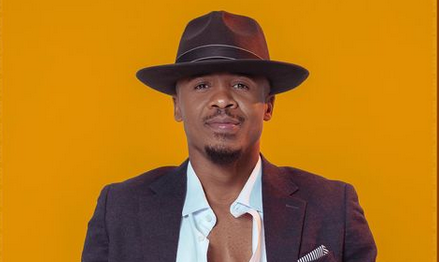 Diamond Platnumz's manger Sallam Sk has responded to rumours that he sabotaged Alikiba when he was performing in Kenya at the Chris Brown show in 2016.

When Alikiba was performing, his microphone went off as Sallam was seen behind him at the backstage and was accused by Kiba's fans of sabotaging the his set.

In an interview with Salama Na, Sallam denied the rumours;

'What happened was, after Vanessa Mdee, Alikiba would get in and then Wizkid would open for Chris Brown. But after Vanessa, there was like a 45 minutes gap.

When I asked, they said Alikiba had said he would perform after Wizkid."

Sallam says  he had nothing to do with the show failing

"They argued when I was backstage. When Wizkid got in, I went to look at the show.

When he finished, I got out of the stage and went to backstage. Alikiba got to stage, the stage manager said we need to clean the stage."

"When he was performing his second song, his microphone was turned off. I had nothing to do with it and they blamed me."

Sallam went on to say that he respects Kiba's brand but Kiba wanted to stain Sallam's name after the incident, forcing Sallam to "Say the truth,"

Sallam admitted that he is a fan of Alikiba since he started music.

"I have listened to his songs since way back."

Asked whether he thinks that Kiba has become stagnant, he responded;

"I cant say he's stagnant. Everyone has a target audience. Where he's reached is where he want to reach"

Sallam SK aka Sallam Mendez is Diamond Platnumz's manager and a man that has a say at WCB.

He recently shut down claims that he is the reason artistes are leaving the Diamond Platnumz-owned record label.

Sallam says most artistes have left due to 'greediness.' Stars that have left the label include Harmonize, Rich Mavoko and Rayvanny.

Diamond's photographer, Lukamba has also been rumoured to have parted ways with the company.

Alikiba and wife stun in family photos after reconciliation

Diamond Platnumz has released his debut EP
Entertainment
4 months ago