I lost my twins- Sarah Kabu opens up on painful miscarriage 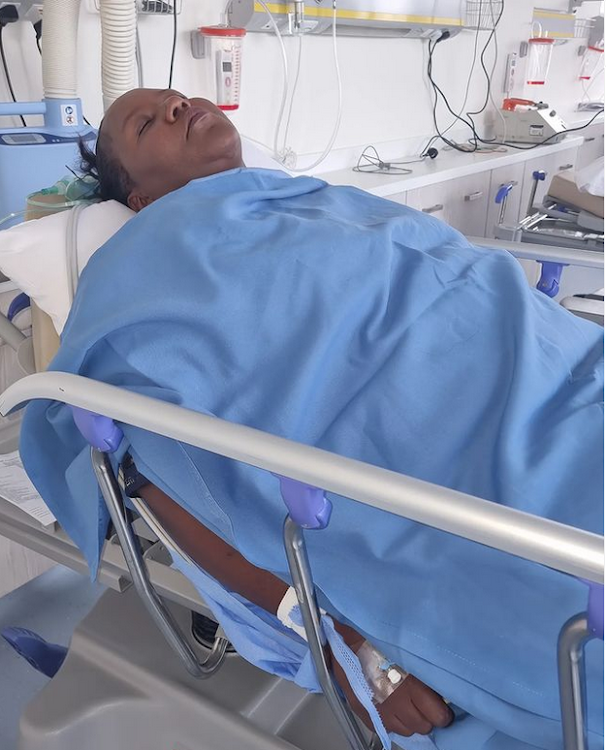 Businesswoman Sarah Kabu has opened up about a miscarriage she had. Sarah was expecting twins which she'd have been due in January this year. Sarah shared a photo while at a hospital bed and announced;

"This is hard to type but sometimes back I lost my twins due in January 😢 am trusting God for another miracle one day."

Sarah then thanked her friends and her husband Simon for the support.

"My friends prayers works 💪 Kabu Simon Thankyou for standing with me during the difficult times."

Expounding on the issue while in an interview with Mungia Eve, Sarah explained;

"I feel so bad although I got to accept coz I've been blessed enough with two beautiful babies. . I am expecting some twins which were supposed to be due in January."

"Things didn't happen but we thank God for everything. We leave it to God but I'm still hopeful that maybe if it as hi ill for that to happen maybe it will happen one day sooner than later."

In May this year, the couple also hinted they were expecting baby number three. Simon Kabu shared a plate of desert written;

While Sarah was congratulating him, Simon said;

"I am too ready to be a dad. I have not returned the tools in the store," he said.

In April this year, Kabu revealed that his wife had baby fever, when she said she slept late due to work.

"Why sleep at 4:00 am? You have baby fever and you are sleeping that late?"

Ugandan singer Eddy Kenzo claims his life is in danger. At a press conference,  Kenzo claimed there were
Trending
2 weeks ago