Why Chiki and Bien will never share their wedding photos online

Several years back Chiki was introduced to Bien by fashion designer Emmanuel Jambo. 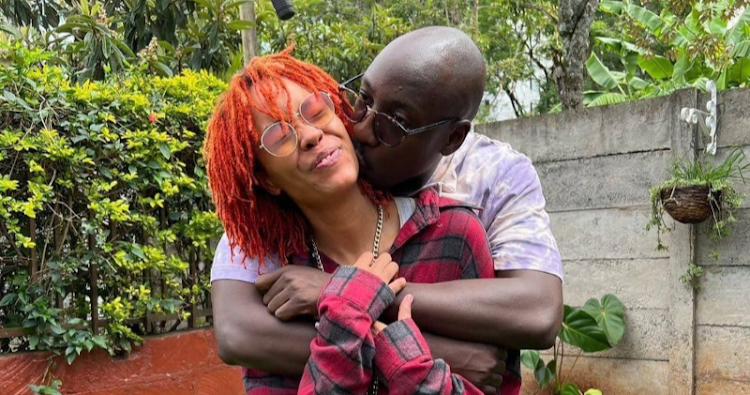 Bien and his wife Chiki Chiki says men should also have the same measure of pressure women get for not giving birth
Image: Instagram

Singer Bien aime of Sauti Sol wed his fiancée Chiki in secret. The couple has never posted a single photo from the ceremony.

And there is a reason for that.

In an exclusive interview with Mpasho, Chiki told Kalondo Musyimi that this is meant to protect their sacred union.

Will she ever release some pictures for Kenyans to see how the ceremony went down?

"I think because anytime you put something out there, you are giving people space to have an opinion. My wedding was my business and no one else's.

If people want access to your stuff, they need to be positive about your stuff. if they gonna give negative opinions then we would rather just make the decision"

The couple was given three hard copies of the marriage certificate for them and their witnesses to sign.

The beautiful celebration was held at Pallet Cafe in Lavington thereafter. A close source to Word Is said it was an invite-only garden wedding of around 150-200 people.

Guests were reportedly notified of its location hours to the event and phones were left at the venue's reception area.

The fitness trainer who studied philosophy, logic, and metaphysics met Bien soon after jetting into the country from the United Kingdom.

We did not want to go into stories of cheating, neither did we want to let people start suggesting that either of us had gotten a "sponsor"," said Chiki

Several years back Chiki was introduced to Bien by fashion designer Emmanuel Jambo.

"I loved him for who he is, not because he is a celebrity and he knows that. I do not get worried thinking about the girls who throw themselves at him.

Besides, before I started dating him, I knew his showbiz lifestyle and I did not come to change him. I trust him. Besides, I meet as many men as he meets women but we stay faithful by choice.

When people attack us, I just feel sad for them because Bien and I will still go to bed happy," she added.

Chiki Kuruka addresses online pressure to get a child

Biens wife Chiki has set the record straight about being in an entanglement.
Entertainment
4 months ago