After calling for an evacuation, the two were eventually picked up from the area by a helicopter 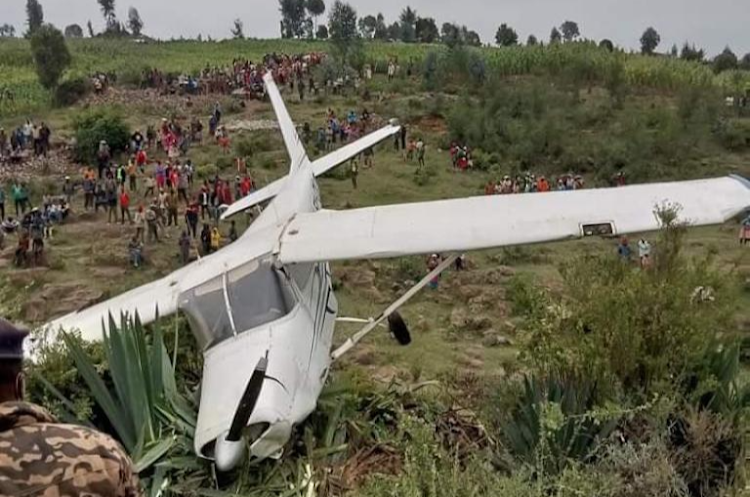 The plane which crash-landed at Nairobi National Park
Image: Courtesy

A student pilot and his teacher were taken to safety after a light aircraft carrying them made an emergency landing at Nairobi National Park earlier today.

Shortly after the plane departed Wilson airport in Nairobi, the event happened.

The jet had departed the airport for training lessons, according to police and witnesses, when it crashed around four minutes later.

After calling for an evacuation, the two were eventually picked up from the area by a helicopter.

Bodaboda riders who witnessed the incident also breached the fence of the park and arrived at the scene, witnesses said.

The two walked out of the helicopter at Wilson Airport unharmed, according to witnesses.

However, it was suggested that they go get medical help.

Police chief for Langata, Monicah Kimani, stated that investigators are looking into the incident.

Wilson Airport in Nairobi is where most training aircraft are based.

A passenger died on board a Kenya Airways flight from Nairobi to Mombasa on Wednesday.
Trending
4 months ago