Identity of driver involved in death of 6 at Kamakis unearthed

The injured were admitted to the hospital with multiple injuries 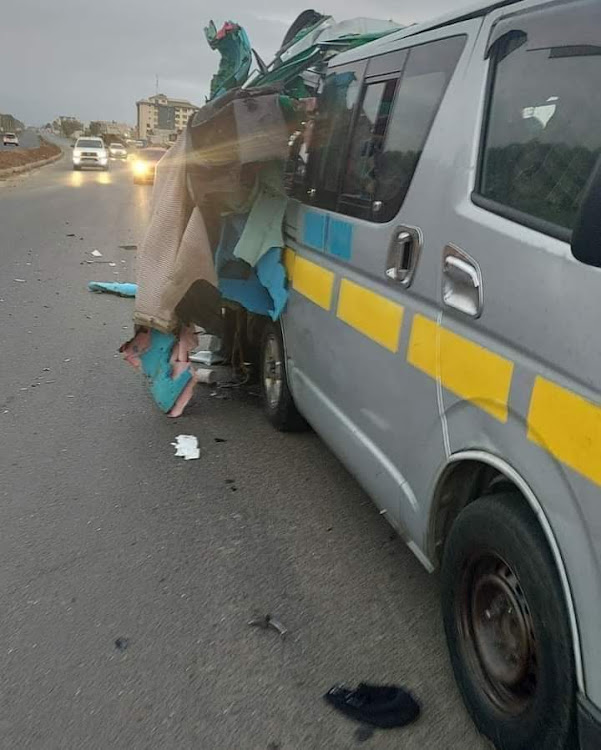 Video footage of the individual behind the accident that killed six people along the Eastern bypass, has unearthed his identity.

The man, Cosmas Mutembei has upset Kenyans after video showed him slurring following the fatal crash.

The man was driving a Prado and appeared confused after the accident before police arrived and took him into custody and later to the hospital for medical checks.

Cosmas stands looking at the man shouting and attempts to explain himself saying "I was driving."

This doesn't sit well with the witnesses who ask him again "Have you ever seen a dead person bana? Ndio wale pale umeua." 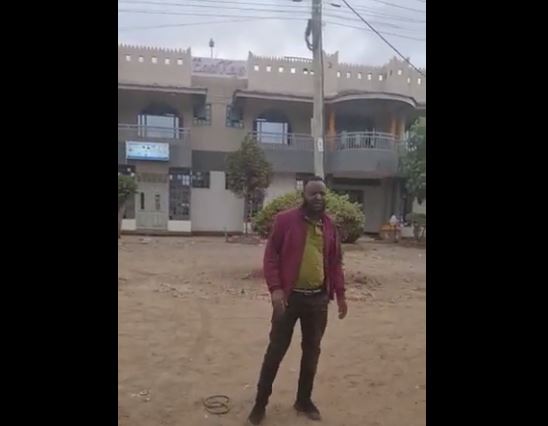 driver of prado that killed six at akamkis

The driver who appears to be inebriated staggers around as the shouting continues.

At least six people were killed after the private vehicle rammed into a tuktuk, crashing it into a matatu at the Kamakis area on the Eastern Bypass.

Police said three other passengers were injured and taken to hospital in the 7am incident.

Witnesses said he was speeding at the time of the accident before he lost control of the car and rammed into the tuk-tuk ahead of him.

The tuk-tuk crushed into the matatu’s rear side injuring passengers who were there. The rider of the tuk-tuk was also trapped therein.

The speeding car then rolled a few meters ahead and overturned before the driver walked out with slight injuries.

Photos taken at the scene showed the horrible incident and onlookers unable to remove one of the bodies still trapped in.

Police said among those killed was an 11-year-old child.

Read some comments below from concerned Kenyans;

@KimaruChrispusFamilies crying over lost dads, mums, brothers, sisters etc...why why why? Because we believe "gari inajua nyumbani after booze bingeing?" So much pain in these photos, a sad day. Please if you want to die, don't drag others with you #kamakis

@mozzdeff·In between Wednesday this week and this coming Wednesday look at the accidents,the outings,the travelling, the drinking,the spending.Wait to see the traffic between Nakuru- Nairobi in a few hours- We overdo everything & never learn.We don't want moderation & we say we are broke!

Family of Mercy seeking help to bring her body home weeks after her death from acid attack
Lifestyle
1 month ago
WATCH: For the latest videos on entertainment stories