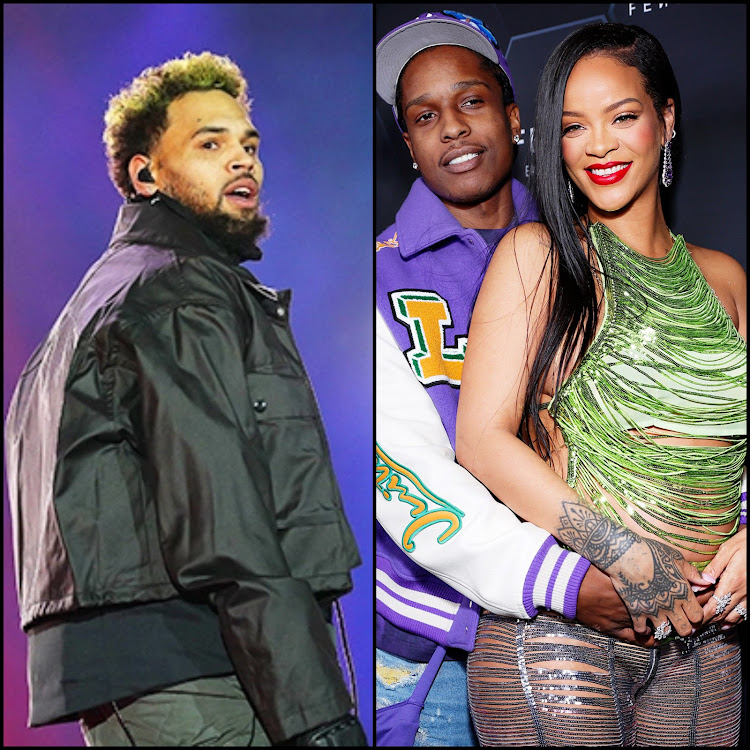 Asap Rocky, in his new song, is calling out one of Rihanna's exes in reference to his girlfriend's infamous beating, when she was at the hands of Chris Brown.

It is evident that Asap Rocky is referencing Chris Brown’s well-document attack on Rihanna Fenty back in 2009, when Chris punched her in his car, resulting in bruising and a split lip.

Chris Brown was sentenced to 5 years-probation and community service for assaulting Rihanna, and later admitted that the incident made him feel like a monster and would haunt him forever.

The music video for "D.M.B." dropped yesterday night and in the scenes, there is an imagery of Asap and Rihanna tying the knot.

From the scene, they have gold grills that say "Marry Me" and "I Do" which is interesting because Rihanna is pregnant with Rocky's baby.

The infamous 2009 assault happened on their (Chris Brown and Rihanna) way back from a party where Rihanna spotted the other woman who according to sources then, was Chris’ side chick.

"I remember she was trying to kick me. It was just her just being upset. But then I really hit her. With a closed fist, like I punched her and it busted her lip. And when I saw it I was in shock. Why the hell did I hit her?”

"From there, she just spit in my face, spit blood in my face, so it enraged me even more. It was a real fight in a car."

He said he realized it was a "petty, stupid fight" and pulled over, and Rihanna drove home on her own.

Later, he said that the police showed him a picture of Rihanna that displayed her injuries, he said: "I look back at that picture and I'm like, 'That's not me, bro'. I hate it to this day, that's going to haunt me forever."

both the artists have teased new albums within the past few weeks without actually announcing a project.
Entertainment
1 month ago

their encounter proved that it was consensual.
Entertainment
2 months ago