My wife is prettier than Huddah! Omanyala responds 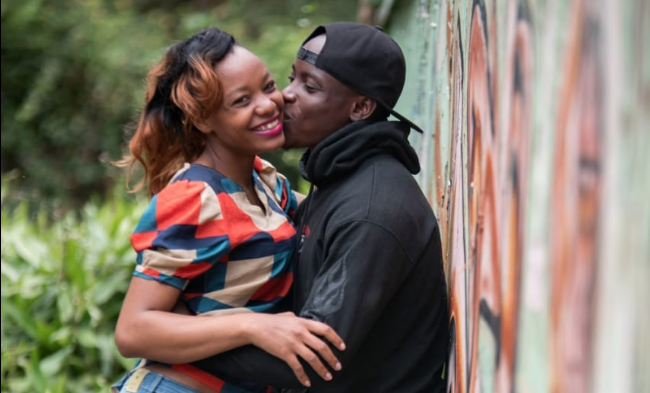 Omanyala says nothing socialite and beauty entreprenuer Huddah Monroe would do that would make him look her way!

Speaking in an interview with Milele FM, the leading Africa's record breaker and fastest 100m runner said he is as loyal as ever to his lovely wife and the mother of their son, Laventa Omanyala.

“Shetani Ashindwe. That one even if she uses whatever means, she will not get me. Labda (Maybe) dinner. I am a married man and am not interested in a second wife.”

This comes a few days after Huddah expressed her love and admiration towards Omanyala just moments after he broke another record during the Kip-Keino classic event at Moi international stadium Kasarani last weekend.

“My wife is, even more, prettier than her. Why would I date her? That is how things start and end up into something else.

He says he tries as much as possible to avoid women with such intentions adding that he would not have dinner with the beauty saying such women might have their own agendas.

Even though Ferdinand is Kenyan he just so happens to be Huddah's type of man who the beauty mogul likes-a man who is well built, physically and financially.

In the past, she confessed that she is into tall, dark, and handsome men however they can be difficult to date because their mothers make it difficult.

She also said she does not mind a little infidelity it's just the lies that totally turn her off. She also added that dating a black man is like going into a maze.

"I would never leave a man for cheating. But I'd be quick to leave if he is a liar. I'm not your mother. I won't beat you up! We are adults keep it 100! Especially black men lie for no reason at all," said Huddah.