Kamene, after a week break from radio, shared her experience on her first trip along the prestigious highway. 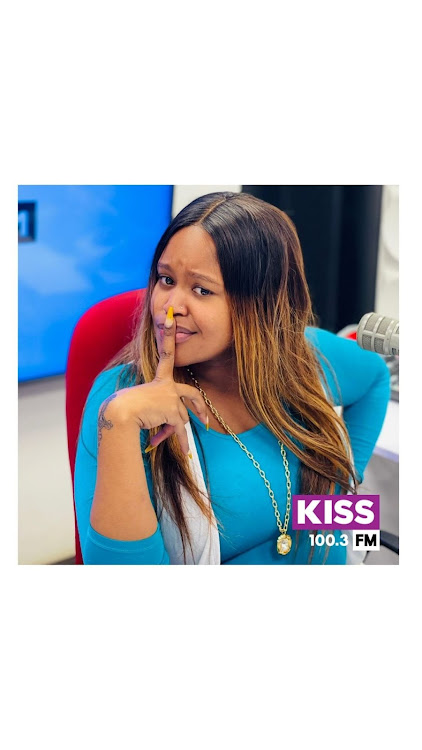 Kamene, after a week's break from radio, shared her experience on her first trip along the prestigious highway.

The Nairobi Expressway has recently been an online sensation after new users have flaunted cute pictures and videos showcasing the amazing views.

On The Morning Kiss, Kamene said she had an awesome drive though she didn’t drive herself sharing that she can’t even drive along the Thika Superhighway.

Kamene started to narrate the experience to her co-host, Oga Obinna, where he got to ask if she was the one driving and in response, she said, “I can’t even drive on Thika road, Mombasa road, these big highways I just can’t drive.”

“The expressway is cute, and I used it later during the night when they were watering the flowers and the plants zimejaa bonge la vumbi (flowers were full of dust) but what I would want is a better view from up there.” Said Kamene on her involvement using the expressway.

She continued to say, “I paid 360 shillings on a one-way route and I later realized that you have to pay the same 360 shillings when coming back and I was like what is this…” Obinna interrupted adding that, “Kwanza you have to pay when exiting, they realized that people are becoming a lot cheekier such that people used to offer bribes to the attendant saying ati they are just using the way for a short distance.”

During this year’s report, Nairobi was ranked the 5th wealthiest city in Africa and a lot of Kenyans contributed saying that the newly constructed expressway served as an added advantage to Nairobi.

However, the report explained why Nairobi landed 5th, writing, “Nairobi is the economic hub of East Africa and one of the fastest-growing cities in the world. Affluent parts of Nairobi include Runda Estate, Lavington, Kitisuru, Karen, and Muthaiga. Major industries there include financial services, real estate, tourism, media, clothing, textiles, processed foods, beverages, and cigarettes.”

KRG: My 10-year-old son will be a millionaire in the next 2 years

KRG has expects a lot of great things from his 'genius' son, Khalid
Trending
4 months ago

Chito and Obinna were dissing how these expressway road users are applying pressure, after flaunting how they used the expressway prior to others.
Entertainment
4 months ago