Jimal: If she is beautiful, single and stable she is toxic! 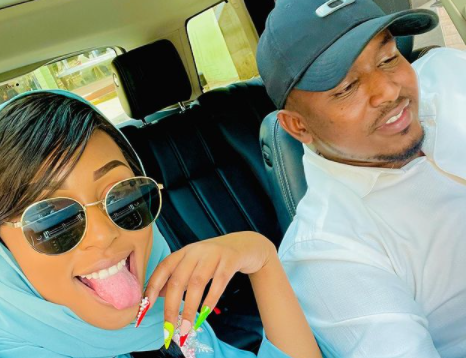 Jimal Mohammed is from a different kind of school when it comes to how one should view single women.

Jimal who is the ex to Amber Ray, says when a woman is beautiful but single and single then that translates to her being toxic.

This he said in an Instagram post where he wrote, “If she is beautiful, single and stable, my brother don’t bother talking to her. She is toxic.”

In a recent interview, Jimal revealed he was planning on taking a three-year break from matters love and relationships to focus on securing the bag first.

Speaking in an exclusive interview with Mpasho, the flamboyant businessman said once the break is over, then he will jump straight into marriage.

Jimal broke up with his wife Amira a while back after the latter asked for a divorce moments after her hubby sent his former flame, Amber Ray a birthday message.

Jimal says part of the reason why he won't be focusing on love is because he 'forgets himself' and becomes 'weak' when he falls in love. His sole focus now is on his business as he plans to retire when he hits 40.

Socialite, Amber Ray had tattooed Jimal's name on her back and she recently posted a photo undergoing a tattoo removal process probably to signify the end of their affair.

Speaking about it, Jimal said he loves tattoos on people's bodies but wouldn't get one himself. He said he respects Amber Ray's move since it was her decision in the first place.

"My tattoo being removed is somebody's decision to remove my tattoo because it was her decision also to put the tattoo.

She told that once I love somebody and I love him 100% that was my dream to put a tattoo. So for her to remove it, it was her choice." He said.

videos have been surfacing online of the two living together,
Trending
2 months ago

Speaking in an exclusive interview with Mpasho, the flamboyant businessman said once the break is over, then he will jump straight into marriage.
Entertainment
3 months ago