Karen Kaz claps back at critics over Alchemist saga

In a series of posts, Kaz sought to clarify that she will not allow social media bullies to control how she should live her life. 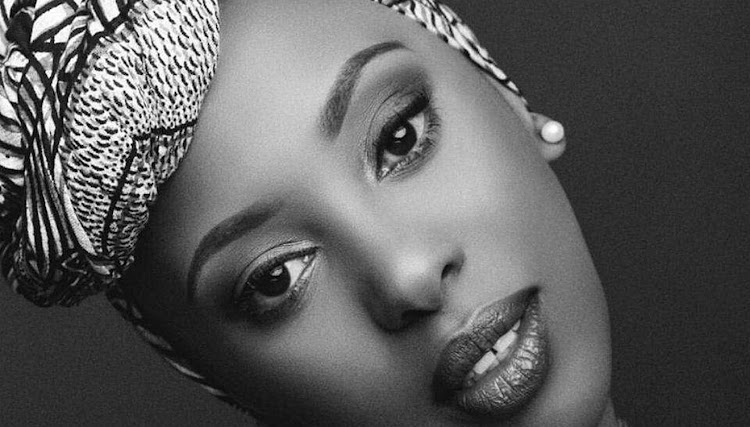 Kenyan singer Karen Kaz Lucas has opted to square it out with her critics after being attacked over her sexuality just days after she objected to the closure of the Alchemist Bar in Westlands.

In a series of posts, Kaz sought to clarify that she will not allow social media bullies to control how she should live her life.

She went on to threaten those who were trying to intimidate her with allegations that her photos were all over the internet.

“In case you need more for your arsenal…here are some updated ones for you to share,” Kaz remarked.

Kaz further maintained that she is gay and proud of her sexual orientation.

“Yes I am gay and proud and loud and this is my very amazing partner,” she said.

Adding; "Please don’t use my opinions to try to shame me. I am not ashamed of my body or the fact that I like to show it off.”

Karen Lucas’s outburst comes days after landing in trouble with a section of Netizens over her statement on the closure of The Alchemist Bar.

According to the singer, the outcry by Kenyans especially on social media was uncalled for describing the move as a despicable act by keyboard bullies who are misusing the powers they have.

Kaz said the actions by social media users were going to leave many people jobless which would in turn affect the dependants of the employees at the Alchemist bar.

“The number of jobs lost, hungry homes and loss alchemist has had to suffer at the hands of keyboard bullies is just despicable! You have no idea how powerful your phones are till you’re responsible for all the mouths that go hungry from your actions,” Kaz said on her Instagram stories.

The Alchemist’s tribulations started after a video clip went viral showing discrimination against black people by having white and Indian revellers in one line and blacks in another while waiting in line to enter.

On Monday, the management at Alchemist Bar said that they were closing their doors to pave way for investigations into accusations of racism against clients.

Shame on you! Kaz Lucas tells Kenyans over Alchemist closure

A lot of Kenyan artists have come out to say that a number of supporters tend to feel so entitled after promoting your brand or business.
Entertainment
4 weeks ago