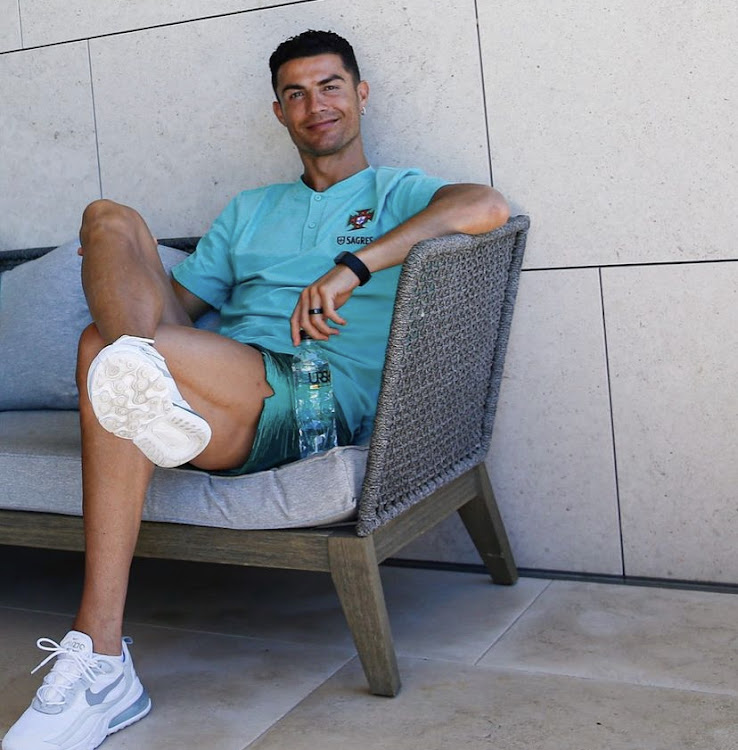 Manchester United forward, Christian Ronaldo is counting losses after one of his employees crashed his car into a wall.

Luckily, the driver who reports claimed to be Christiano's bodyguard came out of the car unscathed and there were no other passengers in the luxurious supercar with him at the time of the accident.

Reports indicate that the driver allegedly lost control of the Bugatti (which the professional football star bought back in 2018 for over 200 million Kenyan shillings) and glided into a wall in the residential estate of Sa Coma, Bunyola, Palma de Majorca, where Mr Ronaldo is currently spending the holiday with his family.

The front of the multi-million-dollar supercar got badly wrecked during the crash.

Police officials looking into the matter have not yet many any comments on the accident nor has the 37-year-old footballer.

The footballer, along with his five kids and long-term girlfriend Georgina Rodriguez, has been vacationing in Majorca for some family time since June 14th.

Below is a lovely family photo that Christiano shared of him and his family on their trip.

This is the first time that the footballer and his girlfriend are holidaying with their toddler, daughter Esmeralda who was born in mid-April.

Her twin brother had died during childbirth and in a statement, the couple released as they shared news of their daughter's birth they said that it was a profoundly sad moment for them.

Adding that the life that their baby girl had been blessed with following the loss of her twin brother is what was giving them the strength to brave through.

Apart from his Bugatti, Ronaldo had also shipped over his Mercedes-Benz G-Class SUV, (which was a birthday gift from his girlfriend Georgina Rodriguez) for the family's sunny holiday.

The 37-year-old had rented a luxury house at the foot of the Tramuntana Mountains for his family and he has been seen taking his super yacht out for spins severally, sharing some moments on his Instagram page.

Opinion: Is English a measure of intelligence?

Joy died in 2020 after battling cancer and had made her health struggles public via social media.
Entertainment
1 month ago

a statue of Kobe and Gianna laid in crash site in the memory of the legends
Entertainment
5 months ago
WATCH: For the latest videos on entertainment stories