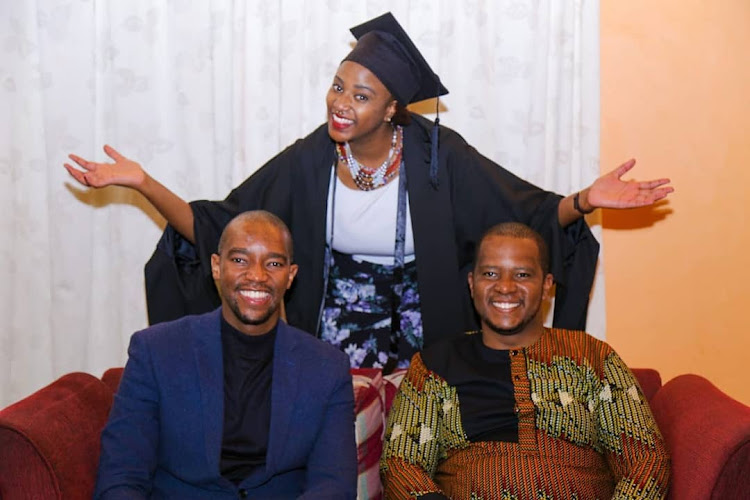 The late Gathoni Mwaure with her brothers Waihiga and Ngibuini
Image: Instagram

TV personality Waihiga Mwaura has for the first time addressed the impact the death of his sister had on him.

According to a tribute read by Anne Githuku at CITAM Valley Road during the memorial service, Gathoni died while at a Nairobi hospital on April 14 at 4 am.

Sharing a post on social media, Mwaura also shared how the death of his father-in-law (Joyce Omondi's' dad) affected him

"Having lost loved ones in 2021 & 2022 my view of this world and the next has been significantly altered.

As I realize just how short life is & how some of the things that we hold so dear are truly so insignificant." 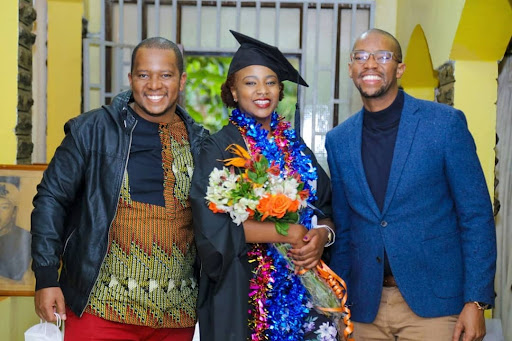 Waihiga Mwaura with her late sister Gathoni and his brother Ngibuini
Image: Instagram

Waihiga went on to advise people to focus on creating a relationship with God.

During a memorial service held days before her birthday, it was revealed that she died on her mother's birthday.

"On Thursday, April 14, 2022, on her mother's birthday Gathoni was in a Nairobi medical facility and was recovering well from a personal illness."

At around 4 am she collapsed and CPR was administered to her by the medical practitioners on site. While being rushed to another hospital she rested."

Githuku says despite her mental struggles Gathoni had the desire to help.

"Gathoni worked towards her dreams and desires even though for years she had suffered from bipolar disorder.

She openly talked about her struggles with mental health and despite her pain, she reached out to others to help them."

Her death was announced by her sister-in-law Joyce Omondi.

In the post, Joyce said she was yet to come to terms with the death saying she would miss Gathoni.

Mike Tyson speaking with a therapist on his podcast aid he had noticed parts of his body  deteriorating recently which led to him wondering how long ...
Trending
3 weeks ago