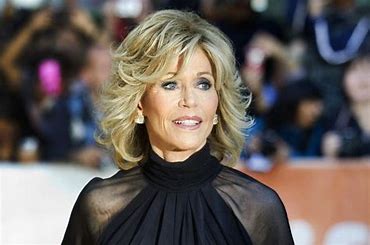 Multi-award-winning actress and former model Jane Fonda has revealed she has been diagnosed with cancer and is currently undergoing chemotherapy.

In a post to her over 1.9 million Instagram followers, the 84-year-old revealed that she got diagnosed with non-Hodgkin's lymphoma.

Talking about the illness Fonda candidly described the illness as one of the very treatable cancers, noting that she feels incredibly lucky that it's nothing super scary/ life-threatening.

Part of her post read, " So, my dear friends, I have something personal I want to share. I’ve been diagnosed with non-Hodgkin’s Lymphoma and have started chemo treatments. This is a very treatable cancer. 80% of people survive, so I feel very lucky."

While sharing the news, the Hollywood icon used her post to highlight the terrible state of healthcare in the US noting that it saddened her that some people were not as privileged as she was to get the best healthcare services.

"I realize, and it's painful, that I am privileged in this. Almost every family in America has had to deal with cancer at one time or another and far too many don't have access to the quality health care I am receiving and this is not right." Fonda wrote.

Non-Hodgkin's lymphoma is a less common cancer that develops in the lymphatic system - the vast network of vessels and glands in the body.

Fonda wrote that she will undergo six months of chemotherapy but will not let any of this interfere with her climate activism.

The Oscar-winning actress made her debut in 1960, becoming famous for starring in films including Barbarella, Nine to Five, and On Golden Pond.

Her most recent performance was in the Netflix comedy series Grace and Frankie.

Fonda is also well known as a political activist.

In her post, Fonda said her diagnosis has highlighted the importance of community to her.

"Cancer is a teacher and I'm paying attention to the lessons it holds for me. One thing it's shown me already is the importance of community. Of growing and deepening one's community so that we are not alone. And cancer, along with my age - almost 85 - definitely teaches the importance of adapting to new realities.

"We're living through the most consequential time in human history because what we do or don't do right now will determine what kind of future there will be and I will not allow cancer to keep me from doing all I can." Fonda finished off.

Hailey was rushed to the hospital after suffering stroke-like symptoms and doctors found a small blood clot in her brain.
Entertainment
4 months ago

Jason Sibi Okumu was diagnosed with a chronic kidney failure aged 15
Entertainment
4 months ago
WATCH: For the latest videos on entertainment stories