Diana Marua hints at a wedding with Bahati soon

Bahati met Diana and made her his girlfriend within five weeks of seeing each other. 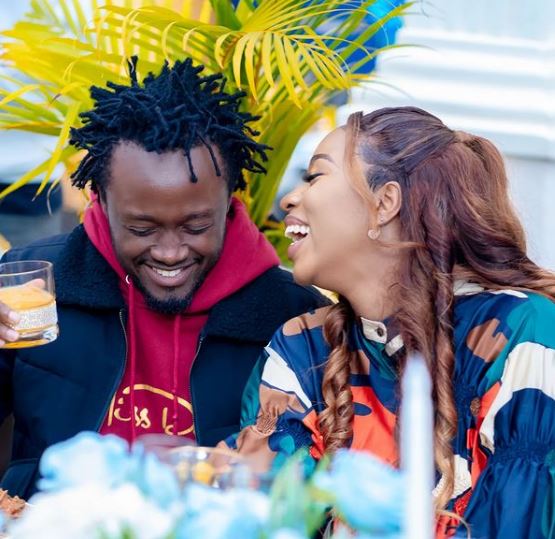 YouTuber Diana Marua has hinted that she might be walking down the aisle with her hubby Kevin Bahati soon.

Marua penned a beautiful message, gushing over her lover reminding him of the need to plan for their big day.

In her message, the One Day hitmaker gushed over her husband – taking note of all the challenges they have been through as a couple.

“You have made my life beautiful in every single way. We have had our ups and downs. The foundation of our love has been built through tough challenges that we've overcome over the years.

“Every day, I fall in love with you differently. My #ABEBO thank you for choosing me always even when I don't make sense sometimes, you still compromise and I'll always love you for this.

Bahati met Diana and made her his girlfriend within five weeks of seeing each other.

Five months later, he had made up his mind about making her his wife, and that is when he introduced her to the world as his ‘prayer partner’, a term that became popular back then.

Bahati wrote, “In five months I requested to meet her parents to ask for their blessings because I was ready to marry her.”

"We met before we did the video together. It was a month before then. I was online at midnight and I saw someone had liked my photos, ka sita. Ni usiku, there is nothing to do. Interactions sio mob hiyo time. I was like, who is this? I checked her profile and liked her photos."

Bahati and Marua have three kids together.

There seems to be bad blood between Bahati's two baby mamas, Yvette Obura and Diana Marua.
Entertainment
2 months ago

Diana and Bahati react to hate after her viral video