Otile Brown over the moon after recovering his stolen MacBooks

Otile had lost the MacBooks while at the Julius Nyerere Airport 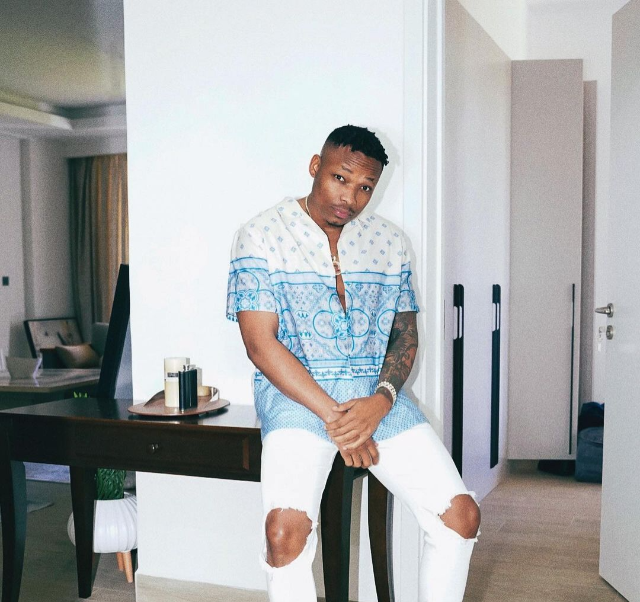 Kenyan artist Otile Brown is over the moon after his manager was able to recover his stolen Apple Macbooks.

Otile shared a video of his manager, photographer, and another gentleman surprising him at his Hotel room with the recovered laptops.

The singer gushed over his team for the noble act.

"Just woke up to this.... so happy. I've got people praying for me from different religions..." Captioned the "Baby Love" hitmaker.

In the shared video, Otile could be heard asking Norienga how he came across the laptops to which Norienga replied that it was a long story that Obizzee didn't even want to know. Adding that he as well couldn't believe it.

A surprised yet grateful Otile couldn't stop gushing over the surprise as he excitedly said, "zimepatikana! (They've been found)"

Before being surprised by the laptops by his manager, Otile had taken to his socials to request whoever who'd stolen the electronics from him in Tanzania to return them to him.

Speaking in a video he posted on his Insta stories, the 30-year-old musician said he was ready to pay whoever had taken the laptops.

Brown added that the machines contained very valuable items that he did not want to lose.

"Whoever finds my laptops, I will give them money. I am straight, we don't even have to go to the police," he said.

The Mombasa-born musician revealed that he was restless and had not been able to sleep when he was making the video. He also gave a WhatsApp number for anyone with valuable information to contact him for recovery arrangements.

Otile had lost the laptops while at the Julius Nyerere Airport in Tanzania.

Kenyan recording and performing artist Otile Brown is a disgruntled man after he suffered a huge loss while in Tanzania.
Entertainment
1 week ago

Kenyan digital content creator Commentator254 has taken to his Instagram stories to lament over the terrible and immensely scary day he has just ...
Entertainment
2 weeks ago