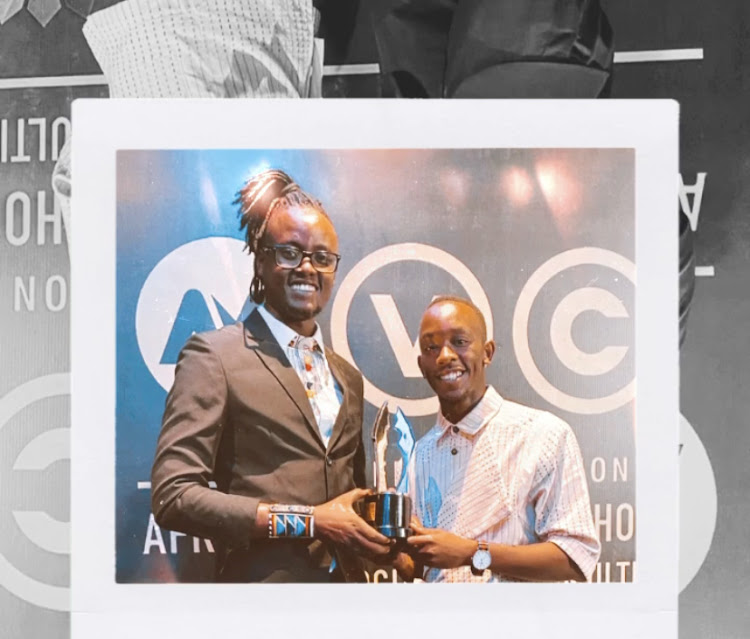 Africa is magical and as a continent, it has awakened and is fast rising to prove itself as a powerhouse to the rest of the world

The Africa Magic Viewers Choice Awards (8th edition) was held over the weekend and it was beyond amazing!

The awards are held annually and are a beautiful space for African actors/ actresses, producers, make-up artists, scriptwriters, and generally all the beautiful minds who are involved in the film world to dress up, unwind, and celebrate themselves.

And Kenya was well represented.

Our creatives were not just there to make people drool, they brought an award home as well. A Kenyan documentary titled, ' If Objects Could Speak,' won the best documentary category!!!

Yes people, we bagged an award.

If objects could speak is a story about a journey in search of answers.

The film tracks the journey of two filmmakers, Elena and Saitabao who find a mysterious Kenyan artifact at a German museum, fascinated with the relic they take it and produce a 3D scan of it since they can not carry it from the museum then make a decision to embark on a journey back to its roots.

This film takes you on a journey to find answers about this old object from the Kikuyu tribe as there is no tangible information about the relic in the museum.

The only thing the two know is that it entered the museum in 1903.

Quite a powerful story that speaks volumes about how not only are European museum cellars full of African artifacts, but also the fact that these artifacts are imprisoned, and kept away from their people and from telling their stories leading to a loss of culture.

Elena and Saitabao started a new conversation about the issue of colonial belongings, identity, fear, and anger in Kenya.

This is not the first award that the film has won, last year it was awarded the Osmane Sembene Award under the Godfather of African Cinema Category at the Zanzibar International Film Festival.

Nyashinski, Khaligraph and Hart the band bagged multiple nominations ahead of the ceremony which will take place in Nairobi on May 15th, 2022.
Entertainment
10 months ago