What's next for Professor George Wajackoyah?

Kamene and Obinna discussed on the loss of their ‘favorite’ presidential aspirant as they debated on what’s next for the ambitious man. 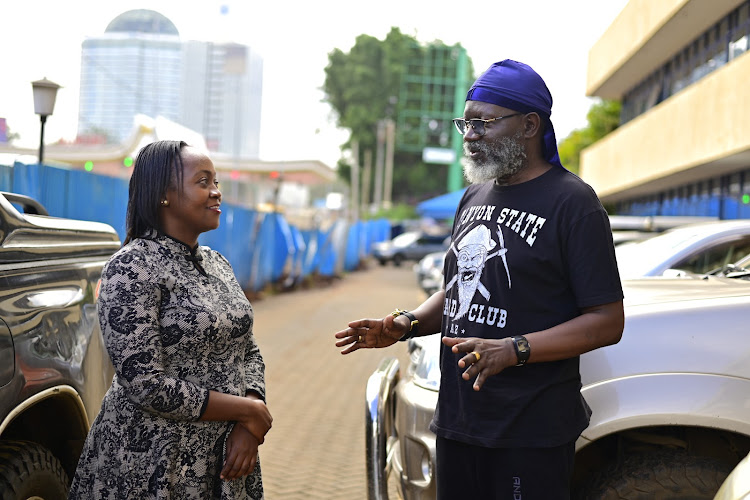 Professor George Wajackoyah’s supporters have come out to express their disappointment after the IEBC denied the aspirant access to run for president come August 2022, after he failed to meet one requirement.

The decision was made on Monday when the independent election and boundaries commission summoned each presidential aspirant to submit their votes from different counties.

On The Morning Kiss, Kamene and Obinna discussed the loss of their ‘favourite’ presidential aspirant as they debated what’s next for the ambitious man.

Upon hearing that, Kamene bantered, asking all Wajackoyah supporters to gather around the signature stations and sign to push Wajackoyah’s dream to State House.

On the contrary, Obinna questioned the professor with his team after submitting signatures from 17 countries from the agreed 24 arguing that even when a student fails to do the assignment, they don’t show up to school.

“He only submitted 17 counties from the agreed number and he even pulled up to the event and am like Kamene if you haven’t done the assignment you don’t show up to school,”  Obinna argued.

Kamene countered the argument by saying that ‘Jah’ will provide the rest of the required signatures.

Prof Wajackoyah has been turned away by IEBC for failing to submit the required number of supporters’ signatures @ogaobinna @KameneGoro #KameneAndObinna pic.twitter.com/pzKs5qGAyE

According to the professor, his baseline manifesto is to legalise marijuana, farm the product just like Rwanda, then sell to earn profit that will later help to clear off Kenya’s debt.

However controversial the manifesto might be, the country can invest in the product, industrialize it then export to make huge quick money to clear the debt, which according to Kamene is a ticking time bomb. Nonetheless, the presenter didn’t advocate for the legalisation of marijuana.

his baseline manifesto is to legalize marijuana in benefit of the country.
Entertainment
11 months ago

Foreign investors have been advised to focus on marijuana business in Zimbabwe.
Entertainment
8 months ago