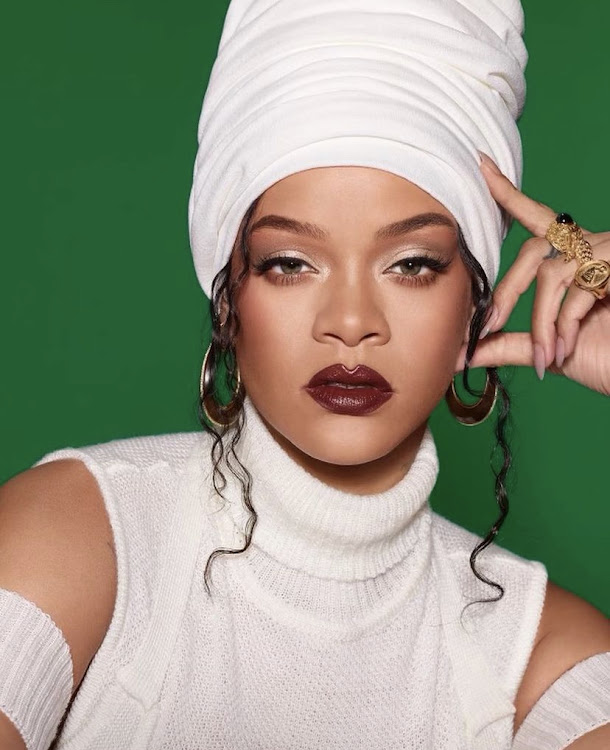 With a net worth of 1.4 billion dollars, (bruh I don't even want to convert that into Kenyan shillings because I'll just start crying.) Riri clutched the title knocking Reality show star Kim Kardashian to second place.

Honestly I don't know why but this news has me all giddy with excitement.

Hear this guys, according to Forbes list 34-year-old Riri has been at No.21 overall, for the third year in a row now! And that is not it, the new mom is now the only.... yes I said only billionaire woman under 40 in the list!

And now I'm back to being jealous.

I know some of you are wondering, " what about Kylie Jenner? This is atrocious, Kylie was named youngest billionaire back in 2018..." and so on and so forth.

Well hunnay let me put you on, yes Forbes had crowned Kylie the youngest self-made billionaire but after a close look and calculations they figured out that her net worth was about 900 million dollars or so. So yeah, Kylie.... not a billionaire.

Well at least just yet.

And Kylie was beyond furious because people out her were speculating mommy dearest, Kris Jenner had pulled strings to have her on the list. But this isn't about her, moving back to Riri.

Rihanna's wealth has stemmed from her long standing music career (until she decided to ditch us and deny us her magical voice. Like bruh you think we don't want another version of ' Work'?) I know this year she still reassured us music is coming but I might grow a beard waiting at this point.

Back in 2019 during and interview with New York Times, Riri said " my money is not for me, it is always the thought that I can help someone else."

Before adding, " the world can really make you believe that the wrong things are priority and it makes you really miss the core of life, what it means to be alive."

A few others on the list include: Diane Hendricks, ( topping the list for the 5th year in a row), Reese Witherspoon , Sandra Bullock, Kris Jenner and her second born daughter Kim Kardashian among others.

Rocky said of their matching clothes:, "I think it's just natural. We happen to look good together naturally”. “You know, it would take a lot of work ...
Entertainment
6 months ago
WATCH: For the latest videos on entertainment stories