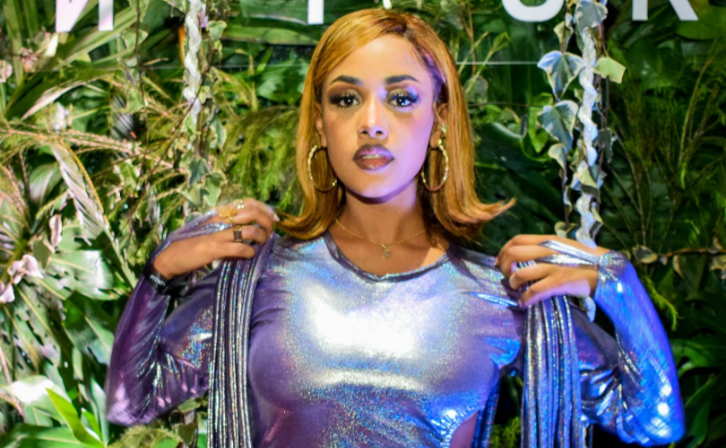 The gorgeous Tanasha Donna graced Kiss FM studios and she had quite a lot to share with Chito and Cyd in the studio.

The 'Gere' hit-maker who generally stays clear of the media and dishes out details about herself in spoonfuls seemed to be in a good mood as she opened up about aspects of her life and musical journey.

Chito was curious to know about Tanasha's drama with fellow musician Bey T that rocked the internet about two years ago as Tanasha never actually addressed it publicly.

"There is the whole thing that happened with Bey T and personally I have not heard your side of the story, I have seen blogs and heard stories about it but I want to know what happened from you," Chito said.

Tanasha started by clarifying that although they had not met, she and Bey T were on good terms at the moment and she feels the misunderstanding was really just instigated drama.

"Honestly speaking I think it was just a misunderstanding, it started over a quote, the 'Kenya to the world' thing. And I like she was young at the time and like people tried instigating drama.

You know how people can be... people can easily corrupt one's mind, especially when there is nothing going on." Tanasha candidly said.

She, later on, added that she was speaking from the experience of being a girl in the competitive industry.

" Talking from experience as a young girl you can feel easily like people are out to get you or steal your shine...but I feel like she's a great artist so she was trying to spit some bars which she is amazing at and I'll give her credit for that." The songstress added.

On whether she'd consider hopping into a collabo with Bey T, Tanasha enthusiastically said she would be game.

" Why not? I mean I like her music and she's amazing. Plus right now, we're at a good place, we haven't really met but we have people in common whom we work with." the mother of one said.

The 27-year-old  revealed that one of her biggest goal at the moment was hitting a million dollars before she hits 30 years old. She also hinted that she was venturing into real estate as she had a newfound passion for entrepreneurship.

On her musical journey, she said, "now that I'm actually writing my songs I feel that, to be honest, I'm not just gassing myself up but I know I have written some fire songs. Some unreleased ones, I have unreleased music that is mad fire," Tanasha said excitedly.

The Nigerian superstar says he was drunk while sending the DM
Entertainment
6 months ago
WATCH: For the latest videos on entertainment stories