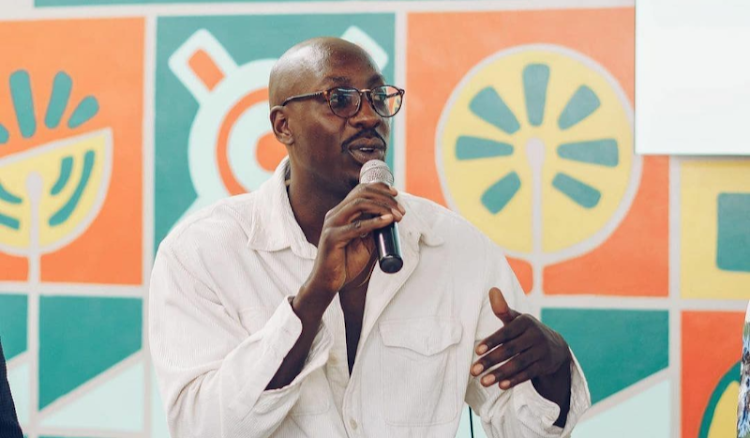 Speaking during an interview with Dr. Ofweneke, Sauti Sol's lead singer Bien revealed that he is open to getting a vasectomy.

"Is it true that a vasectomy is an option for you?" The presenter asked to which the melodious Sauti Sol band member replied, " if I already have kids... I mean I don't have kids right now but when I do eventually have kids..."

But before he could finish Dr. Ofweneke cut him short curious (just like the rest of us) to know how many kids the 34-year-old wants.

" Wangapi ( how many) ?" The comedian asked excitedly

" Like two or even one, " Bien replied adding " just like that... like there is no reason for me to be walking around parading how fertile I am."

Speaking on the subject of why men should take up the option of vasectomy Bien said,

" But honestly I'd rather you go for it. You do that because there is no reason for your girlfriend/ wife/ significant other to be taking contraceptives that give her hormonal imbalance, weight changes, cramps... you know there are so many things, and there is a painless procedure, a week and you're good to go"

The audience broke into applause impressed by the musician's statement and way of thinking.

The talk of vasectomy has been getting a lot of popularity over the last few months.

Just recently Bahati's wife Diana Marua publicly stated that she was not planning on getting any more kids as she has had enough. This was weeks after she revealed that her current pregnancy was unplanned

In the interview, Diana said, "Bahati should get a vasectomy. That is the only sacrifice he can do for me. I have sacrificed so much for him including carrying three babies for him."

However, responding to his wife Bahati said he'd never get a vasectomy as it would weaken his manhood adding that the unplanned pregnancy was his wife's fault as she didn't calculate her safe days better as he had used the withdrawal method.

"It's Diana who didn't know her safe days. It is you who lied to me you are still safe."

Bahati insisted that if he does the vasectomy, his manhood would be weak.

Before going ahead to warn his wife that if she didn't go into contraceptives baby number 4 would pop soon, " After giving birth, don't leave that delivery room without getting a contraceptive method that will be suitable for you."

Diana Marua-Bahati should get a vasectomy

While discussing vasectomy as an option, Obinna further revealed that he once considered undergoing the procedure before he changed his mind.
Entertainment
4 months ago
WATCH: For the latest videos on entertainment stories