Kamene, Obinna react to Diana asking Bahati to get vasectomy

Obinna said Diana was trying to hinder Bahati from 'enjoying' 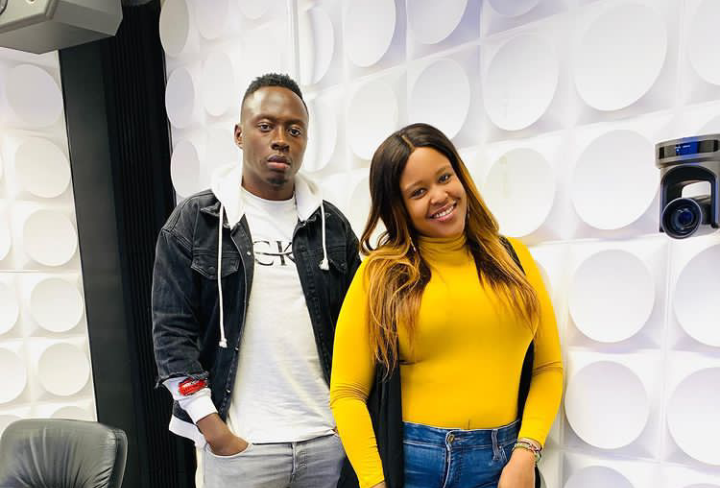 Kiss FM presenters, Kamene Goro and Oga Obinna are reacting to Diana Marua asking her husband Bahati to get a vasectomy.

In an interview, Diana stated she isn't going to get more kids as she has had enough.

"Bahati should get a vasectomy. That is the only sacrifice he can do for me. I have sacrificed so much for him including carrying three babies for him."

Obinna said Diana was trying to hinder Bahati from 'enjoying'

"Diana is with child, there's a bun in the oven. She's saying its one of her easier pregnancies but he's been through the most.

She was saying she wants Bahati to cut the cord, so that he stops giving her children and I was like, Yes, more men need to cut the cord. It makes more sense as opposed to contraceptives."

She went on to explain;

"Contraceptives is more dangerous to us women than vasectomy to men. It is a 15 minutes procedure which can be done even in the house.

For women, we have to deal with skin, hormones, weight changes."

Responding to his wife, Bahati said that Diana had lied to him about being on her safe days. He added that he had used the withdrawal method.

"t is Diana who didn't know her safe days. It is you who lied to me you are still safe."

"If I don't do research, we will have another baby and I'm not ready for another baby..."

Bahati insisted that if he does the vasectomy, his manhood would be weak.

After giving birth, don't leave that delivery room without getting a contraceptive method that will be suitable for you." Warned Bahati

Kamene forced to treat her pet dog like a child

Kamene responds to Simple Boy lusting over her