The music producer passed away on Monday 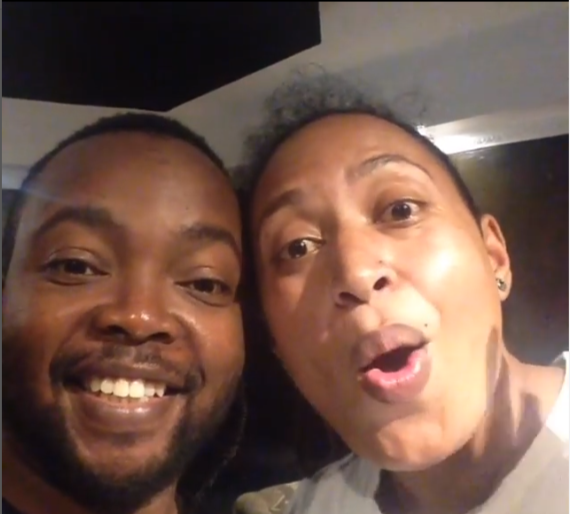 Legendary musician Nazizi Hirji has opened up on the death of veteran music creator Mwax the Herbalist.

In an interview with Mpasho, Nazizi who had worked with Mwax during her resplendent career remembered the late and revealed some unknown details about his passing.

The mom of two explained that the late had woken up feeling Mwax woke unwell on Monday morning.

"His wife was taking him to the hospital and then he passed on," a sad Nazizi noted.

"I am heartbroken that he isn't here anymore. It's so sad that the industry has lost someone like him. It's so sad when we lose such young people."

She then hinted at what might have caused the late's untimely death by saying that the producer had been battling "this illness since he was a child."

It's something that he was battling for a while and undergoing check-ups. He always talked about it and going for his check-ups. We thought he was in control. We never saw it coming. " she added dejectedly.

We asked if she could go deeper into what had caused Mwax's death, but she was uncomfortable with that level of detail saying that it was something personal that the family should reveal on their own terms.

The Necessary Noize legend also spoke about how the death of the musician's mom had really affected him.

"His mom also passed away last year and it also affected him alot. I knew her also and used to see her when I went to his studio. I feel like his family is going through a lot and I hope that he and his family will not give up during this period."

The 'Nataka kuwa rapper' singer eulogised the late Mwax during the interview and said that he was a "positive guy who was always smiling and easy."

"I always enjoyed working at his studio. he was always encouraging me and pushing me. Like don't go quiet. You need to come and record," she noted.

Mrs. Hirji also observed that she and the late Mwax shared one common trait in that they had both lost brothers.

"He even used to post on the anniversary of his brother's death," she told Mpasho.

As far as burial plans go, Nazizi said that the late would be buried in Malindi.

May the late Mwax rest in Peace.

Hilton Mwakio, aka Mwax the Herbalist, who was a music producer, sound engineer, graphic artist, and site designer
Entertainment
2 weeks ago

The actress succumbed to meningitis after spending about a week in coma
Entertainment
1 month ago
WATCH: For the latest videos on entertainment stories