No one has been affected following the incident. 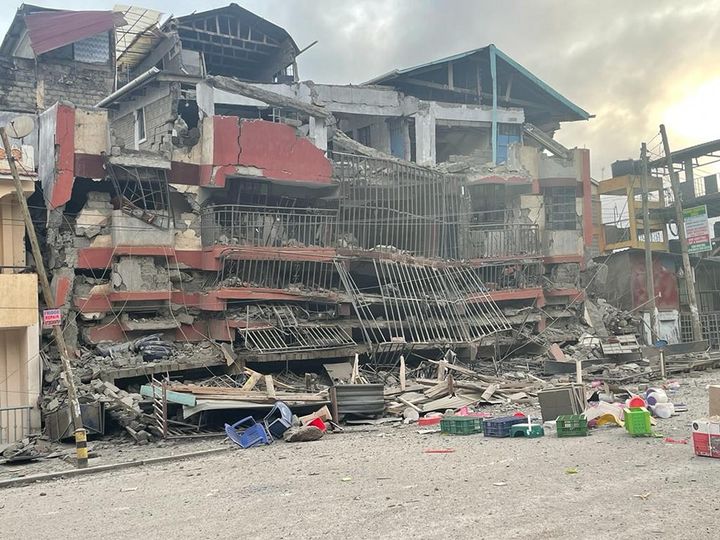 A five-storey building in Ruiru town collapsed a day after the county government ordered the residents to vacate.

The building which is just opposite Ruiru Police station had visible cracks on Sunday and locals raised the alarm.

No one has been affected following the incident.

On Sunday, Kiambu Governor Kimani Wamatangi who visited the site said that the building was visibly weak and had all indications that its construction was not done well.

He had said that the building would remain closed awaiting the assessment only to cave in later.

"We will not allow anybody to occupy poorly constructed houses as they are dangerous, and this Ruiru house is one of them," Wamatangi said.

This is the third house to collapse in Kiambu County since Wamatangi took the oath of office.

Two months ago, five people perished in Kirigiti and five were injured after the house under construction collapsed.

And last week, another building in Ruaka collapsed. A couple died following the incident.

The County government has blamed the collapse on poor workmanship.

Wamatangi has said that he will not rest until he restores the construction industry.

He said that a forensic audit of the adjacent buildings will be done to assess their state.

Construction worker falls to his death at a building in Kilimani

Mason in Nairobi's Kilimani area lost his life after falling from the sixth floor of a building that was still under construction.
Entertainment
3 weeks ago

The Jubilee Party headquarters building which is located at Pangani is being auctioned.
Lifestyle
3 months ago