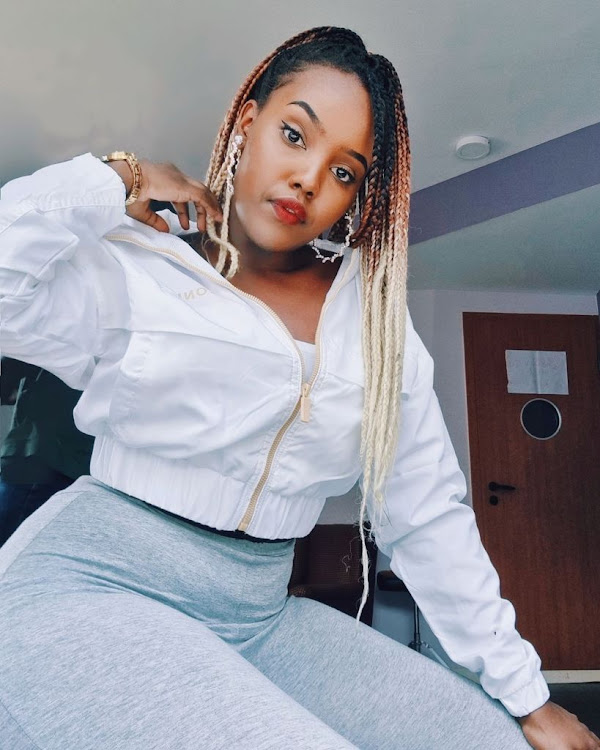 Award-winning singer and songwriter, Nikita Kering, has sparked mixed reactions on social media after putting up a post with the rainbow emoji.

She captioned the photo "Happy and Healthy" followed with a rainbow emoji and a smiley face emoji.

The post ignited an endless discussion among her fans and followers.

However, the rainbow emoji 🌈 depicts a colorful arc of a rainbow.

When not representing the meteorological phenomenon, the emoji can express various positive emotions, such as happiness, feelings of togetherness, hope, and good fortune.

Along with the rainbow flag emoji. , it's commonly used to express LGBTQ identity and pride.

This were some of the comments:

@GarveyMwanziaHow much did they Pay you to put that Rainbow Emoji there? Knowing very well most young Girls Look upto you?

@calebki82637534 Did they pay to do this? Please remember you're a role model to many young girls hoping to venture their talents too,they want to follow your steps n this is what you give? OK lemme don't judge but please don't do somethings against your culture to impress some people

Away from the Rainbow discussion, Nikita has been making waves after being featured on the Times Square billboards.

Just a few Kenyan artists have been featured on the billboard including Sauti Sol , Khaligraph, Bahati , Muthoni Drama Queen, Tanasha and Ssaru.

This was a breakthrough for Nikita who has been doing well musically.

but after posting the rainbow emoji, her fans seem to be a bit confused and disappointed in her.

Although some came to her defence claiming their is a difference in meaning between the rainbow arc and the rainbow flag.

Kenyan singer and songwriter, Nikita Kering' has been named as Spotify's Equal Program ambassador for the month of November.
Entertainment
3 weeks ago