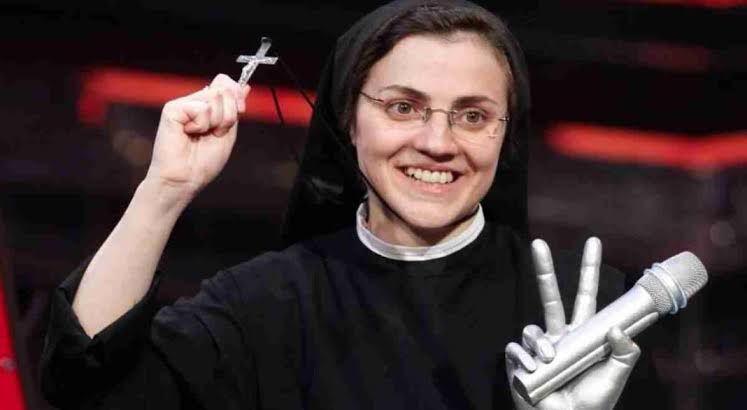 An Italian catholic nun has left netizens going crazy after she announced she was quitting nunhood for a not so "conventional" reason.

The Italian-based nun identified as Cristina Scuccia or better yet Sister Christina wowed the world after she emerged victorious in the renowned reality TV singing competition known as "The Voice" an Italian reality TV singing show.

She won, The Voice with her rapturous performance of Irene Cara’s 1983 song “What a Feeling”, the theme song for Flash dance.

Scuccia later produced an album, which included a cover version of Madonna’s hit song “Like a Virgin” and interestingly enough she gave a copy of the album to Pope Francis.

Well, now the 34-year-old former sister has made the shocking revelation which happened during an interview on the Italian talk show known as Verissimo.

Appearing on set she was dressed in a red trouser suit and high heels as well as sporting a nose piercing with her long dark hair lose the former member of the Ursuline Sisters of the Holy Family in Milan, Italy spoke about her decision to leave Sisterhood. 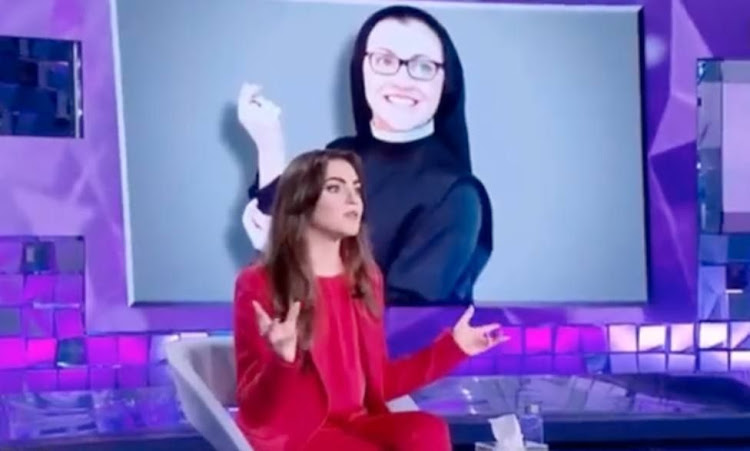 Speaking about her decision she said, "I believe that you need to listen to your heart with courage.

Change is a sign of evolution, but it is always scary because it is easier to anchor oneself to one’s certainties rather than question oneself. Is there a right or wrong?”

She then went ahead to add, “I chose to follow my heart without thinking about what people would say about me."

Christina highlighted that leaving sisterhood was a decision that a psychologist helped her to process, stating that she now lives “with a smile” in Spain, where she works as a waitress.

She emphasized that her exit did not mean she had renounced her faith, and that she is still pursuing a career in music.

The 34-year-old former nun took the breath away from the audience and judges during her blind audition, where she sweetly sang her heart out to Alicia Keys' song 'No One.'

One of the reality show's judges was left amazed and could not utter a word after she found out the powerful voice belonged to a nun.