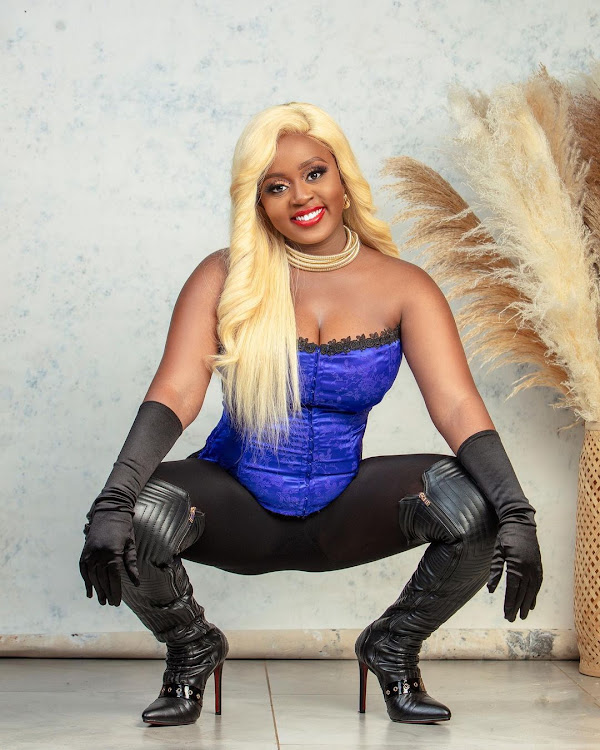 Kenyan artist Nadia Mukami has just revealed she is planning on throwing her son Haseeb Kai a splendid birthday party as he turns 8 months old.

At this point, I feel like we are taking birthdays out of proportion.

This seems quite odd as people usually just celebrate half a birthday then the actual birthday. But I guess nothing ticks off as odd in Nadia Mukami's book seeing as she did a quarter birthday celebration a few months ago.

Sharing the news Nadia posted a video of herself loading packed shopping bags in her car she then captioned it, "shopped for Baby Kai's 8 months old birthday," accompanied with a love heart emoji. 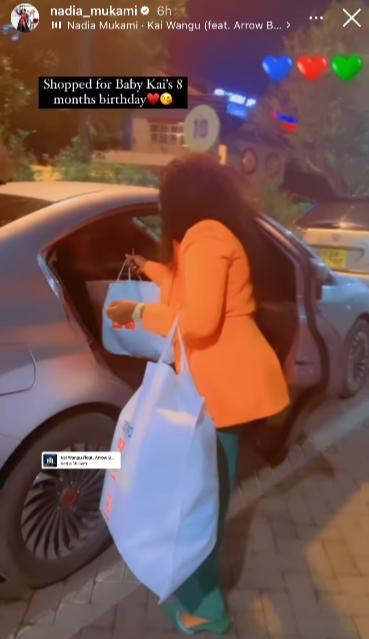 5 months ago Nadia revealed her plans to celebrate her son's quarter birthday shortly after socialite Vera Sidika announced celebrating her daughter's half birthday.

Kai's mom however highlighted that her celebration would be quite different because it'd only involve the two of them.

I wonder how Arrow Bwoy felt about being left out,

Sharing the news Nadia stated, " We are turning 3 months this coming week, and Haseeb and I will have a 1/4 birthday party of 2.

Just two months ago when gushing over how fast her son was growing, (Kai was a week away from turning 6 months) the songstress revealed that she has never bought diapers since giving birth to her son.

Nadia highlighted that people would randomly gift her goodies which mostly included diapers for her newborn baby Haseeb Kai.

She went on to term Kai a favoured boy.

"It’s amazing how since Kai was born, I have never bought diapers and he turns 6 months in a week’s time!!!

Arrow Boy and Nadia have done a song specially dedicated to their son that has accumulated over 2 million views.

"24.03.2022 we received the most Beautiful Gift Ever. Welcome to our world. my Queen and the Prince are in safe hands."

The white and pink-themed event saw a  couple of celebrities all whom are Vera's close friends attend.
Entertainment
5 months ago

Songstress Nadia Mukami has released the video to her hit song Kai featuring her fiancé Arrow Bwoy.
Trending
2 months ago