Diamond Platnumz showered his first born, Princess Tiffah with tens of gifts on her seventh birthday 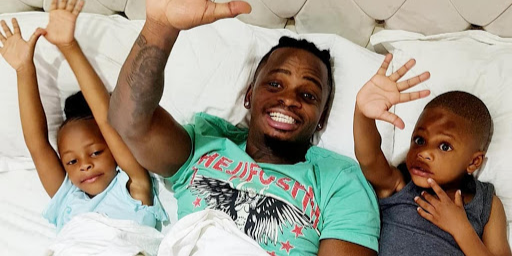 Diamond Platnumz showered his firstborn, Princess Tiffah with tens of gifts on her seventh birthday.

"My love, my twin, have you seen my presents? Just know that I love you," said Mama Dangote

Diamond explained that the neck chain with a ring was made up of white and black diamond with white gold.

Zari went on to say that she was going to share the gift with Tiffah "I love it, I'm gonna keep it."

Diamond then made tiffah open packages of gifts he had bought for her which included a big teddy bear, a championship belt, a piano, a guitar, A barbie car, a scooter, a Hoverboard, and a Playhouse.

Speaking about the house, Diamond told his daughter that;

"Your gonna have a little house, in case mama chases you, you'll sleep in your own house."

The singer didn't forget his son Prince Nillan as he also got gifts which included a John Cena action figure, a WWE championship belt, a scooter, and a hoverboard.

The white and blue-themed ceremony happened in South Africa where Zari lives with Princess Tiffah and Prince Nillan.

Diamond flew his family members to South Africa for the fun-packed event.

Diamond is a father of four kids. He has in the past admitted that he is more close to Tiffah and Tanasha's son Naseeb Jnr than he is with the other two kids.

"Tiffah is the firstborn and the only daughter I have and I lived with her for a long, so it is natural for us to bond," he said in an interview.

"I didn't stay with Nillan for a long time because they went to South Africa shortly after he was born. On the other hand, Tiffah knows me very much."

"Naseeb Jnr comes with his mother and he becomes the only one. He comes alone, that is why the bond is like that."

About his child with Hamisa, Diamond said they spend time as they are both in Tanzania.