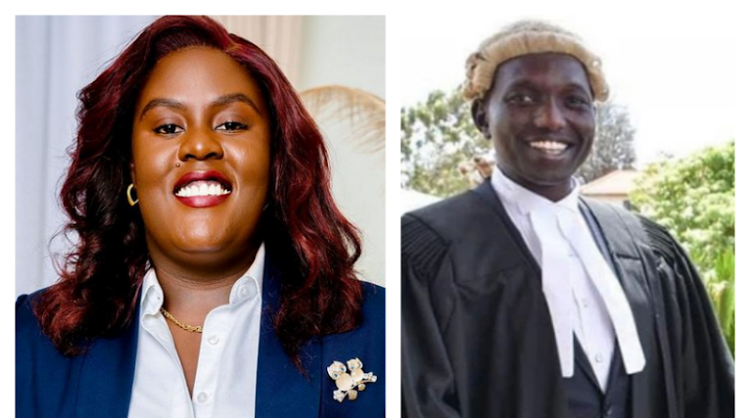 Winnie Odinga and Nick Ruto have been at the forefront to support their parents' presidential campaigns.

Both former President Raila Odinga and Deputy President William Ruto are candidates for the presidential seat.

The Kenya general elections happened on 9th August 2022 as Kenyans eagerly wait for the Independent Electoral and Boundaries Commission (IEBC) to announce the winner of the Presidential seat.

Winnie Odinga has been taking to social media to urge her followers and the youth to vote for her dad.

"The Firimbi movement is on. Get a #BlueFirimbi today, usiachwe behind. Let’s whistle this nation Blue," read one of her posts on social media.

On Father's day, she promised her dad to always support him;

"Baba, I'll always be by your side, thank you for forever standing by mine.💙#FathersDay," she posted after posting a throwback photo of the two

Even after the elections, Winnie aka Chogo asked people to remain calm.

"Team Chogo says thank you for getting out the vote and exercising your civic duties. Let's maintain peace as we wait for results."

Winnie has been using her social media and digital platforms to campaign for her dad.

She also ran an advertisement that urged the youth to vote for her dad. Winnie also went for interviews and shared them on social media asking for votes. In one video, explained 'How money is going to be shared in the Azimio government.'

Nick Ruto on the other side had started campaigning for his dad in churches but when the elections neared, people saw less of him on the ground.

On social media, the Deputy President's son has kept a low-key life, only showing some parts of his life but no politics.

When his dad was being announced as the UDA party presidential flagbearer this year, Nick was absent but his dad explained why

"Nick Ruto could not make it because he was denied permission at his place of work," Ruto said.