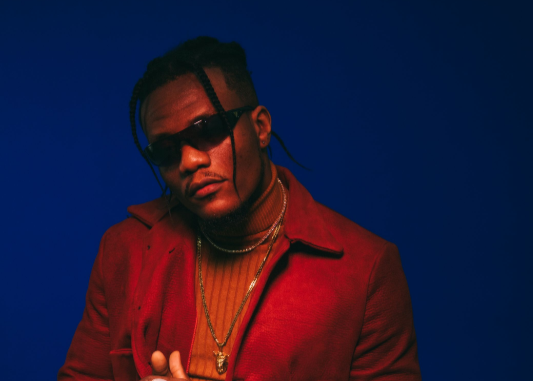 Nigerian singer, and producer, Pheelz has teamed up with Davido for a summer release titled "Electricity".

The single was released with an accompanying music video directed by TG Omori.

Pheelz who started the year with Finesse and Finesse remix, both tracks which became Worldwide hits is back with the new dance Afrodance track. This is set to be the new smash hit.

Pheelz who just returned from a US and Europe tour is set to Embark on An African tour in the last quarter of the year and set to perform in countries like Kenya, Tanzania, and South Africa to mention a few.

In 2021, Pheelz released his debut EP, Hear Me Out which is a five-track showcase of his vocal dexterity and songwriting abilities.

The same year, he was featured on “Crown of Clay” alongside two of Nigeria’s greatest Hip-hop artists, Vector and MI Abaga. In addition to his feats in 2021, his single, “Somebody”, spent 3 weeks on Billboard’s Top Triller Global Chart and peaked at No. 3. In 2022, Pheelz released a global anthem, “Finesse” (featuring Buju).

Across all platforms, the single has been streamed over 100 million times. Less than a week after the release of the highly anticipated record, “Finesse” was performed by Pheelz and Davido at the O2 Arena and became the No. 1 most shazamed record in the world.

The original viral anthem spent 13 weeks on the Official UK Afrobeats chart – peaking at No. 1. Meanwhile, in the US, “Finesse” has spent 14 weeks on Billboard’s U.S. Afrobeats songs chart. The song has also been Number 1 on Apple Music across East Africa for Months and is one of the most recreated contents of Tiktok globally.