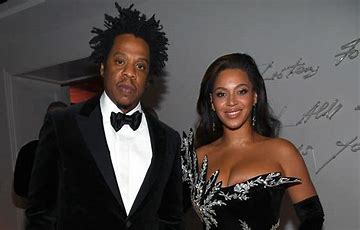 The power couple that doubles as musicians, entrepreneurs and producers has just set a new record following the just released 2023 Grammy Awards list.

Nominees for the prestigious music awards were released and top of the list is the unproblematic and elegant Queen B herself with a total of 9 nominations including checking off the top three categories of Album of the Year, Song of the Year, and Record of the Year for her smash album Renaissance and hit song “Break My Soul.”

Following the announcement, Beyonce's overall nominations count just hit 88 nominations tying her at the top of the list with her husband rapper Jay Z who was currently the most nominated artist with the same number of nominees, 88.

Jay Z earned five nominations this year, including two for his work on wifey's  Renaissance album and three for his guest appearance on DJ Khaled’s global hit “God Did.”

This makes the couple the most nominated artists of all time at the Grammy Awards since the culture was began.

This is just another star studded record on the "Who Run the World," hit maker as she currently holds the title of most Grammy Awards wins by a female artist.

Beyonce since starting her solo musical career back in 2003 has already won 28 Grammy's!

Her husband follows closely behind with a total of 23 Grammy wins.

The Grammy's started 63-years-ago, is an award presented by the Recording Academy to recognize "Outstanding Achievement in the music industry " of the United States.

And the trophy depicts a gilded golden gramophone.

The 65th annual Grammy Awards will be held Feb. 5 at Crypto.com Arena in downtown Los Angeles and will be broadcast live on CBS and stream on Paramount.

Beyoncé's first solo album in six years will have fans heading to the dance floor, according to critics.
Trending
4 months ago