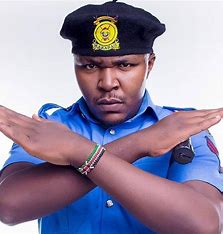 Comedian/ MC Alex Mathenge seems to know a reason or two as to why most big-name musical talents in Kenya shy away from performing at political rallies.

Following the Azimio political camp receiving backlash from some Kenyan artists for flying in Tanzanian Bongo star Diamond Platinumz to perform at their last leg of campaigns and well content creator Eric Omondi coming out to blame the music industry for not doing enough the industry has been divided on a who is to blame game.

Taking to his Instagram stories to share his ideology in the whole fiasco, Alex’s first half of the post read “ Reason why Kenyan artists were not at Azimio grand event but Diamond Platinumz was there. We are victims of CORPORATE CAPTURE!“

Before he went ahead to further clarify what he meant.

The comedian added, “ Perform there and lose all your corporate deals for the next decade!”

Indicating that Kenyan artists were being held on choke-holds by people who butter their bread and they had to choose carefully. Eat for a month and then starve for a year or starve a month then go back to King’s breakfast for the rest of the year.

The 24-year-old also took to her Instagram stories to not only weigh in on the subject but also call out brands for holding celebrities on a higher pedestal as if they’re not people.

Sharing Alex’s paragraph on her IG stories she captioned the photo, “ @alexmathenge_ said this and honestly no better truth..”

She then went ahead to add, "celebrities" or public figures make mistakes here and there like normal people, and the next thing you know no one wants to hire you, same thing as this.. sad.”

This was a personal subject as we all know when she came out as queer and had a nasty breakup session with her then-partner she lost a lot of deals and some brands disassociated with her.

Other artists such as Sauti Sol’s Bien Baraza shared that well even though asked they would not want that kind of association. Probably giving strength to what Alex was hinting at.

Bien wrote, “ But we don't want to be in political forums such as these“ following Eric Omondi’s outburst

What are your thoughts on all this? Do you think Azimio did anything wrong by having Diamond fly in from South Africa to Kenya for their last day of the campaign?

Sauti Sol has expressed their disappointment after Azimio used their song 'Extravaganza' without consent
Entertainment
8 months ago
WATCH: For the latest videos on entertainment stories