Breakfast With The Stars On Kiss FM: Prezzo Addresses Rumors About Being Fired From Nairobi Diaries And The Person Who Betrayed Him 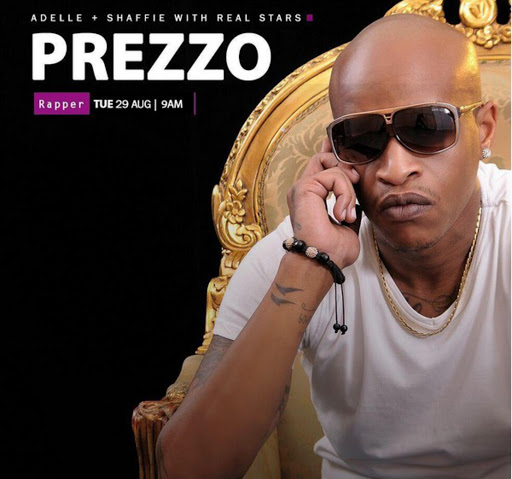 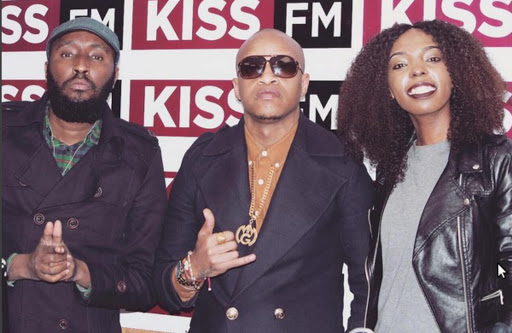 When Prezzo walked into the studio Tuesday, it was clear that he wasn't playing. He literally had no chills for anyone.

The rap master was Tuesday morning hosted by Adelle Onyango and Shaffie Weru, where he opened up about his career plans away from music, his short stint in the TV hit series Nairobi Diaries, the person who he felt betrayed him (Michele Yola?), and much more.

Prezzo and Michele Yola have been in the news from last week after their bitter breakup. She was in studio with Adelle where she spoke out about him, and their relationship.

A calm Prezzo seems to have responded to her jibes, when Adelle asked him why he left Nairobi Diaries. During the interview, Prezzo distanced himself from rumors about being fired from the show.

He also took shots at the cast members referring to their cat fights as negative energy.

Adelle: There are people who cheer you on, but also there is a lot of people who throw shade your way, so how do you deal with that?

Prezzo: I've been in this game for 1 years and in those years I've learnt so much to the extent whereby if I know your trying to get publicity for me I brush you off my shoulder.

If I know your trying to get hype from me I'm sorry no can do I don't sell hype for nothing.  I stay relevant through God's grace and once I'm done with this that's where the presidential thing comes on.

Adelle: Do you ever see yourself going back to reality TV?

Prezzo: The only way i can go back to reality TV is if I do like uhhmm, you know, Prezzo kind of thing. My own thing. You won't find me in TV shows where you know you have women pulling each others wigs half of the time, it gets exhausting. You know what I'm saying, and I try and stay away from negative energy because it's very contagious. So to uhmm answer your question Noo..if I'm gonna do a reality TV show then that reality show will be like The Makini's or Prezzo kind of thing.

Adelle: We all make mistakes, so when you look back do you think that being part of Nairobi Diaries, you were like arrgh I shoudn't have done that?

Prezzo: to be totally honest shout out to Kevin, he deals with management when it comes to Prezzo. Kevin was against the whole thing from the word jump. But you know for me I was blinded the whole time. I was blinded and i was just trying to look out for somebody who later on turned out to be ungrateful, you know what I mean. So everything happens for a reason. You asked me if I have any regrets..No i don't. I don't regret it Uhmm life is a learning curve so it happened, it happened. I'm all good with it you know I dust myself up and I keep it moving.

Adelle: There are so many rumors about why you left Nairobi Diaries. Were you fired?

Listen to the audio to find out more about the details about Nairobi Diaries.