The song is a blend of Bongo praising a woman identified as 'Amina'. 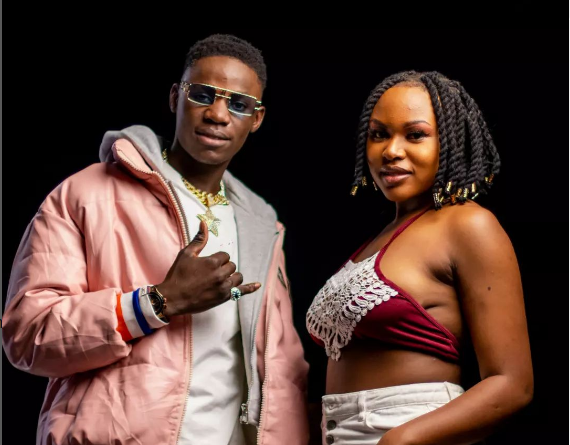 Classton Vital the newest kid on the block has featured Madini Classic in his latest jam 'Shaku Shaku'.

The song is a blend of Bongo praising a woman identified as 'Amina'.

Classton is a songwriter, Fashion designer and a singer.

He has done other songs such as 'Good man' and Body killer.

Madini  started his music career while in Tanzania before relocating to Kenya and heading to the coast.

He is greatly influenced by Bongo music that he used to sing along to, and this explains his style of music.

He made his first break through in 2017 and since then he has been breaking the barriers, for him the sky is the limit.

Among his most famous songs is 'Bingo Bango' which features Mulamwah's baby mama Sonnie as the video vixen.

He also has a song dubbed 'Forever' which features Pritty Vishy as the vixen.

Kenyan Tiktoker Moya David treated Machakos Governor Wavinya Ndeti to a pleasant surprise at a time she was turning a year older.
Entertainment
4 weeks ago

Rayvany exposes over 100 DMs of ladies hitting on him

Next Level Music President Rayvanny has made public message he received from over 100 ladies hitting on him.
Entertainment
4 weeks ago