Willy Paul is the second most popular artiste in Tanzania! 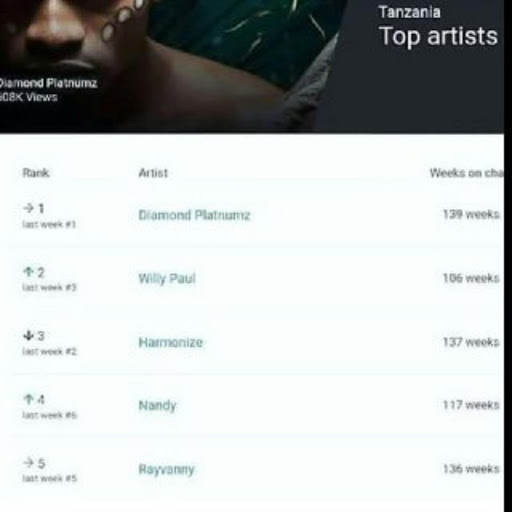 willy paul popular in TZ
Willy Paul is clearly having a good 2019.

The gospel artiste who was most recently cited in a club grinding on an unknown lady (I think he was trying to transfer the holy spirit using his Johnson) has made a lot of strategic moves.

And by that, I mean he chose to align himself with and make music with some individuals who have helped him enter new markets.

By now, I am sure you can guess I am talking about his collaboration with Tanzania's Nandy. I recently came across a list of the biggest artistes of the month in Tanzania and I was nothing short of blown away to see Willy Paul's name there.

And he was not the penultimate name but the second, behind only Diamond!

In case the image isn't too clear for you, allow me to enumerate them below:

Diamond would be top because who else? And clearly, Wasafi is the preferred outfit down south the border but Willy Paul's inclusion might serve as vindication for everyone who has been doubting his moves.

The question remains whether he will be able to permanently establish Tanzanian fans but I would argue it would be a worthwhile investment in terms of energy and resources because Tanzanian fans are loyal.