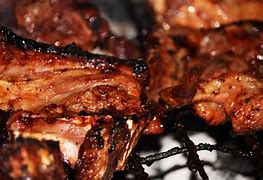 Ladies and gentlemen, I come bearing good tidings! If you had no clue the word Nyama Choma or nyam chom as it's popularly referred to, among some other Kenyan and East African words has officially been added to the Oxford English Dictionary!

We made it people!

It fills my heart with joy to see one of Kenya's most uniting cuisines getting the recognition it deserves.

Nyama Choma is one among 200 new and revised words to be updated in the Dictionary.

Another notable mention is.... wait for it... drum rolls please, chapo and chips mayai! Okay, I'm beaming with excitement over this news. Now auto-correct will finally have to stop acting like I'm typing gibberish whenever I'm talking about my home food.

Chapo or Chapati ni full is a Kenyan delicacy and must have at functions that almost resemble pita bread or a tortilla but is prepared by unleaved wholemeal floor and is soft.

Chips mayai is a Kenyan/Tanzanian dish that is prepared by combining beaten eggs with chopped tomatoes, onions, pepper, and parsley then pouring it on top of deep-fried potato wedges and letting the egg covering the potatoes cook into an omelet. 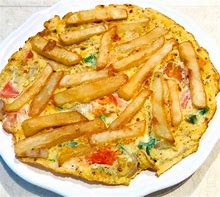 Minus our delicacies, Kenyan slang has also made it to the Oxford Dictionary.

Words such as sambaza, collabo, jembe, sheng, come-we-stay, and oyee have made it to Oxford's website.

I'm feeling a little smuck so unlike the delicacies I'll let you guys have a little homework as you head over to Oxford's website to check the meaning of sambaza and anything else on the list that you did not get. Oyee!

On its website, the Oxford English Dictionary notes, “the OED’s coverage of East African English includes the varieties of English spoken in Kenya, Tanzania, and Uganda, three countries which share a common Anglophone background despite their different colonial histories,”

Before noting, “the forms of English spoken in modern East Africa are…complex to describe, heavily influenced by a speaker’s formal education and their occupation.”

Fenty is best known for their lipstick and bomb glosses which go for less than 3000 shilling on their USA website
Trending
3 months ago
WATCH: For the latest videos on entertainment stories