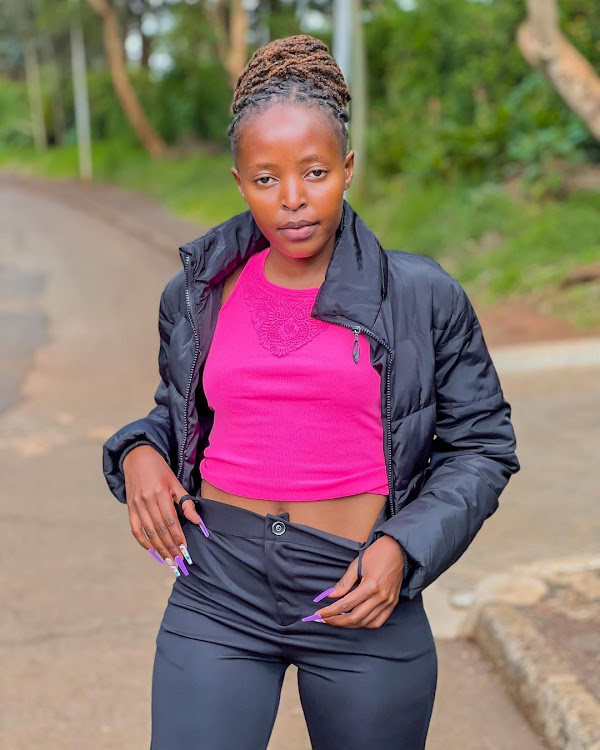 Yesterday a bunch of content creators woke up to the news that they had received numerous copyright strikes from Eve and their videos taken off the platform.

One of the people affected was Thee Pluto's brother Dela and his wife Shirley.

Speaking on the issue Eve offered an apology while clearing the air about the youtube strikes.

In a lengthy post that she left on Thee Pluto's brother youtube channel Mungai started by acknowledging that she knew people were upset with her but added they didn't have the full details, " Hello people I know most of you are really mad at me not knowing what exactly happened well i have chosen to address it right here on this comment section for you all to understand."

She went on to clarify the matter writing, "Yesterday we woke up and found an email from youtube that it has taken down videos from everyone who has ever reused my content, we contacted youtube to know what exactly was happening coz ourselves we had not submitted the claims.

Later we realised it was a technical issue and we retrieved all the strikes the videos are back on youtube in the morning after I saw this video I checked out and found unfortunately Dela had a claim and luckily it was retrieved and the video was returned on youtube."

Even went on to address the issue with Dela adding that she did not know he had received the struck but when it was brought to her attention she did work on resolving it.

Citing she did not know why the two were still dragging her with their latest upload claiming that she had intentionally strike their videos.

"So honestly I don't know why they have decided to return the video deep down knowing the truth but all in all I apologize on behalf of mungai eve as a brand and Team and it will never be my intention to take down anyone's video like in this case wedding video was Dela's content so no way I would have intentions of removing it after so many months .

Anyway that's my side of the story and always let's not be in missions to tarnish peoples names it's really not right! Good day fam hoping you all understand The pluto knows exactly what happened coz I informed him yesterday I didn't call Dela coz I never knew he was amongst people who got the claims." The last bit of her apology/explanation post read.

Some of the creators affected where, Presenter Ali, 2mbili Tv, Dela and Shirley, BTG, Thee Pluto and Nicholas Kioko.

Dela and Shirley maintained that they were not chasing clout using Mungai Eve's name.

Speaking about the issue, 2mbili TV who had gotten two strikes confirmed what Eve had put out that it was all an accident.

2mbili said, " Eve reached out to me and apologized. You know we share content sometimes and for her it was accidental. Her youtube was hacked and someone put out a strike.

But Eve sorted that out and we got our videos back, and Eve apologized to all the people she could reach."

He went ahead to accuse Dela and his girlfriend of using the situation to chase clout. Claiming that the two had put their videos on private so as to accuse Eve of deleting their videos.

2mbili asked content creators to learn to co-exist cordially as they are all growing in this space.

Mike Muchiri was playing around when he created his first video.
Trending
1 month ago

Muchiri said that the two were just very good friends who supported each others content
Trending
1 month ago
WATCH: For the latest videos on entertainment stories