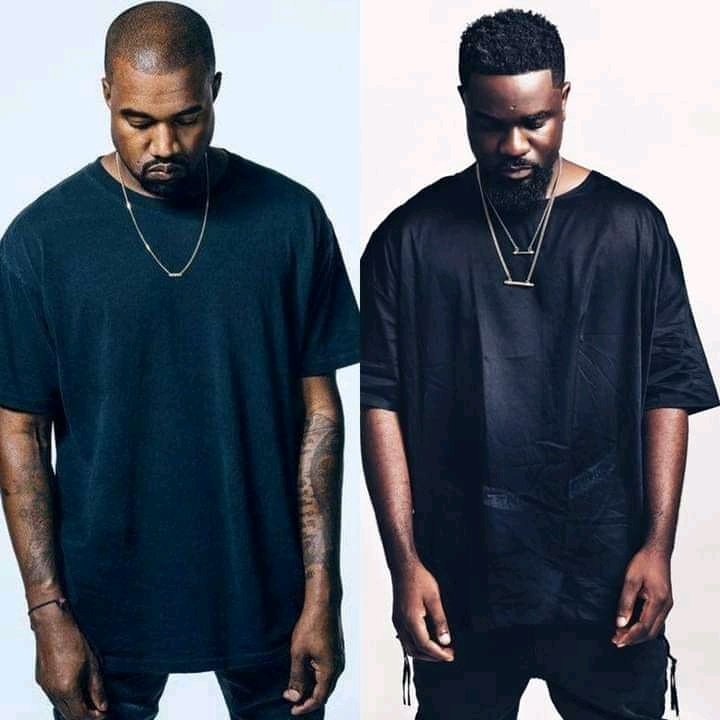 One of Africa's best rappers, Ghanaian-born Sarkodie through his manager just revealed that he is set to feature iconic American rapper, producer and fashion mogul Kanye West on his forthcoming single.

The rumours started flying when award-winning producer and sound engineer “Possi Gee’ revealed in an interview some months ago that Sarkodie had recorded a hit song with an American hip hop genius, Jay Z.

Although it was quite easy to figure out who Possi Gee was talking about, as Sarkodie is a huge fan of the American rapper Kanye West, it was not up until today that the confirmation was done.

Sarkodie's producer, MOG Beatz took to his Twitter account to confirm the collaboration between Sarkodie and Kanye West, saying that the song was dropping soon.

On his Twitter page, MOG Beatz wrote " Sark x Ye" accompanied by the clasped hands emoji and an eagle emoji.

Reacting to the tweet, netizens sleuths were already at work having pulled up a few clues which could serve as evidence of the collaboration.

The first being a norm among many global acts which includes deleting or archiving all their Instagram posts before releasing a new project.

And the Ghanaian rapper falls perfectly in the category as he has raised suspicions of a major project after clearing all posts on his Instagram account which has over 5 Million followers.

Another clue that had netizens wheels turning is the fact that three official BET accounts shared a video of Sarkodie winning the Best International Flow award back in 2019.

Some presumed it is related to his rumoured Kanye West collaboration, while others believe the rapper will be performing on the main stage of the award show in October.

The American rapper (Ye obviously)has greatly influenced Sarkodie, from his music to his fashion sense, leading many to accuse Sarkodie of plagiarizing Kanye West.

However, the 37-year-old has always maintained that he just idolizes the 'Heartless' hit-maker.

Sarkodie has worked with several other international rappers such as American stars Acehood and Vic Mensa, South African artist AKA and English rappers Donae’o and Idris Elba.

Anthony Hamilton is looking forward to soaking up everything that makes Kenya the magical place it is.
Trending
2 months ago
WATCH: For the latest videos on entertainment stories