Kabi wajesus calls out Milly for being unreasonable 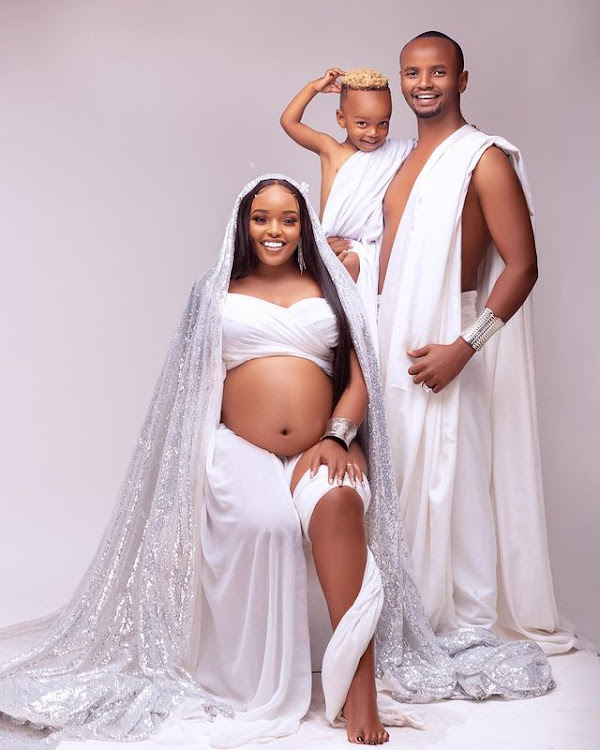 Kabi and wife Milly wajesus maintain that all couples fight

Speaking in an episode on their  YouTube channel Kabi wajesus argued that his wife Milly was being unreasonable for demanding they move houses while their home that's under construction was almost done.

This was after he revealed that he does not agree with his wife on everything and sometimes the conflicts can take a toll on marriages.

Kabi had earlier touched on the same during an interview with content creator Vincent Mboya while commenting on Dj Mo and Size 8's rumored split.

"Ata sisi wenyewe saa ingine, tunaingia hapo kwa bedroom tumepigana,( sometimes we also go to the bedroom and get into fights) but si physical, there are some things we don't agree on."Kabi said.

Pinpointing one of their latest disagreements Kabi said, " recently my wife has been insisting she wants us to move out, nyumba yetu nikumaliza tunamaliza, anataka twende tukanunue nyumba. Izo si vitu ndogo, these are heavy issues that affect marriages."

In the said video, Kabi's wife Milly had not come to play, she had a whole PowerPoint presentation to backup why she needed to move houses.

Milly argued that her son Taji was almost going to school, and the nearest preferable school she could find was 15km from where they live.

On the other hand, Kabi thought she was pushing it too far since they had their current house renovated, and their new home would be ready for settlement in the next six months.

Kabi called on their subscribers to help them decide which party sounded more reasonable and workable.

Of course, netizens could not pass the opportunity to offer their two cents on the topic.

Joleen Wakahiu: According to vile mi naona Kabi he loves making his family happy, why do I feel like Kabi atabuy nyumba as Milly's birthday surprise acha ningoje nione

Catherine Mwaura: I support Kabi, you can buy another car and hire another driver due to Taji's school.

Sharon gilford: On this one kabi is right... you guys renovated the house the other day and moving into a new one will require customization to your liking...which is expensive....6 months is not a lot to chill

Juliet Kuria: Moving out is not really an option, you guys are building close to where you stay so you move out then you move again to your own house, Taji will still lose friends and the distance will be equally the same. I say just finish building your house and move only when you go to your own home.

Linet Munyali, a.k.a. Size 8 Reborn, and her hubby, DJ mo are rumoured to be living separately.
Trending
4 weeks ago

Sources close to this writer said the mother of two allegedly packed her things and went to live elsewhere
Entertainment
1 month ago
WATCH: For the latest videos on entertainment stories