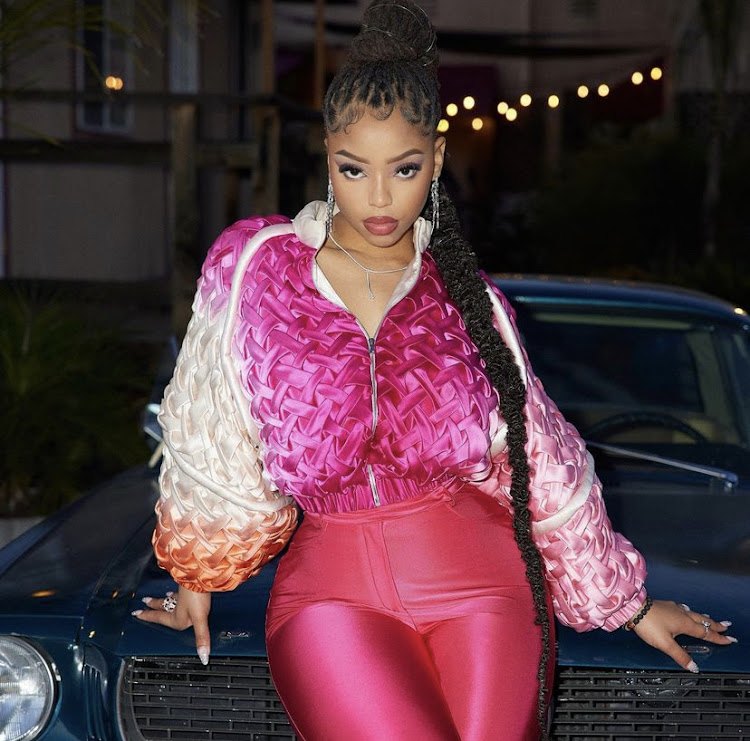 American Singer and actress Chloe Bailey has the internet going crazy over her latest tweet.

Chloe just woke up, was going on about her day and well something either triggered her or has been triggering her for a while and today was just the tipping point.

And tweeps are going crazy with their assumptions as to what the award winning singer might have meant with her tweet. While others tried sharing words of wisdom, encouragement and hope with her.

People think the tweet has relations to Gunna and their alleged relationship.

The two have a song together dubbed "You & Me" which they released back in Feb this year. Gunna has made it publicly clear that he has feelings for the "Have Mercy" singer admitting to shooting his shot at her but neither one of the two have till now confirmed if they're an item.

However, the two have been spotted on a couple of occasions looking all so cozy and very much like a couple from holding hands while walking to jamming and warmly embracing each to their favorite tunes.

Gunna is currently still behind bars as he and other members of YSL were arrested.

Well, I for one think Chloe must have been ranting about the just concluded Roe v Wade ruling.

If you're not up to speed Roe v Wade is a landmark ruling that established the constitutional right to abortion. Roe since 1973 had permitted abortions during the first two trimesters of pregnancy in the United States.

However, the ruling was recently just overturned leading to half the states in USA being expected to outlaw or severely restrict abortion as a result of the Supreme Court’s decision.

The ruling was made by a bunch of men who felt the need to put sanctions on women's bodies.

Whichever it is, Chloe is a displeased young lady.

Gunna isn’t taking his incarceration lightly as it is evident by a fiery letter he’s written from jail where he says America is violating his Freedom ...
Entertainment
7 months ago
WATCH: For the latest videos on entertainment stories