Wizkid breaks records in the USA

Wizkid's album,' Made in Lagos' has become the first African album to ever be certified Gold in the USA 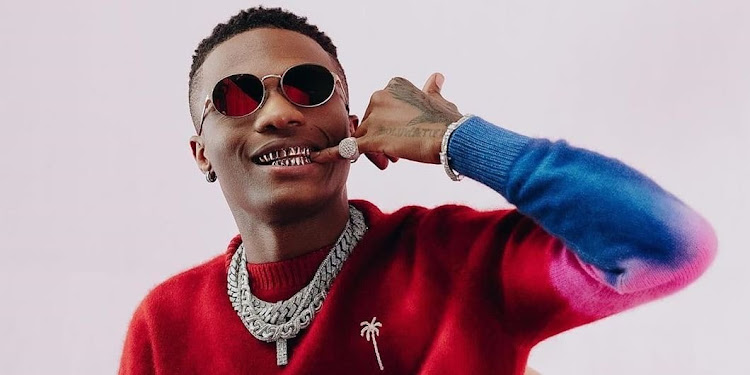 Nigerian artist Wizkid who has broken records in the USA
Image: Courtesy

Nigerian singer and songwriter, Ayodeji Ibrahim Balogun popularly known by his stage name Wizkid have broken records in the USA.

WizKid's album, ' Made in Lagos' has become the first African album to ever be certified Gold in the USA. Meaning he has sold over 500 thousand copies of his album in the States.

To top it all off, his hit-song 'Essence' which has over 102 million views on YouTube also hit the roof becoming the first African song to be certified 2x Platinum and Platinum in the US as well.

Wizkid, for reasons best known to him, was not around to receive the award.

And that's not the only spot he'd been fighting for.

He'd been nominated in two categories; the best collaboration and best male RnB/pop artist, together with Blxst, Chris Brown, Given, Lucky Daye, and The Weeknd.

He however lost to The Weeknd.

Tems was however around and looking incredibly stunning and proceeded to accept the award.

“Thank you so much BET, this award is for Wiz, Africa,” she said as she held up her award, and the crowd cheered her on.

“A great thing is happening out of Africa right now, and the light is on everyone there. This is dedicated to Africa and Nigeria,” she said as she exited the stage.

Wizkid's success knows no bounds and the 32-year-old has gone global. And this is after legendary pop icon Chris Brown revealed that he'd be featuring the artist in his new album dubbed 'Breezy' which is going to be his first album in over 3 years.

This is the second time the two will be working together, seems Wiz touched Breezy. Wizkid and worked together before, back in 2018 to hit us, 'African Bad Gyal.'

This is what Davido did after meeting Wizkid's mother

The two met at the airport
Entertainment
1 month ago

Here is a list of five Africans that have bagged a BET award.
Trending
3 months ago
WATCH: For the latest videos on entertainment stories