'You're hidden like ARV's,' Zari claps back at trolls 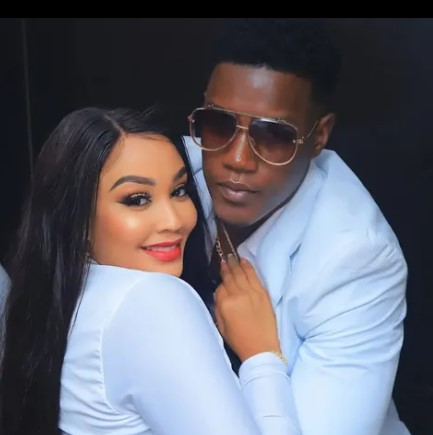 Zari and her current bae

Socialite turned entrepreneur Zari Hassan has yet again found herself on the defensive having to fend off trolls coming after her new man Shakib Lutaaya, who is perceived by many to be way too young for the 41-year-old.

Taking to Tiktok, Zari made a video telling all those ladies criticizing her to shut up since they are not holier.

She said most of those in her case cheat on their husbands with other married men. In addition, she said that the men they cheat with hide them like ARVs.

Zari went on to add how the men those women are involved with don't even respect them.

"He can't even lie to his wife that it was a business meeting. He can't sit with you in public. You are hidden like ARVs. Used like condoms, dust bin. You wanna talk about me? Me, who is in love, who doesn't steal a married man." Zari finished off her rant.

People speculated Zari's currently bae was in his mid-twenties which would be relatively close to her first-born's son's age, however, Zari came out to confirm that her man just had a baby face and was actually 30-years-old

Addressing the age issue Zari said, "my boyfriend is 30 going 31 in December so he's not young. He does look young."

Adding "I am literally turning 42 this year but you wouldn't tell unless you know me, unless you know I have older kids. If you don't know me and I pop up with Latiffah and Nillan, you would think those are the only kids that I have. Some of us had kids when we were young.

They started dating this year after Zari split with Ugandan man GK Choppa.

Diamond and Zari's new bae have history together

Diamond Platnumz and Zari's new man, Shakib seem to have been close in past years
Entertainment
1 month ago

During today's Morning Kiss show, radio hosts Kamene and Obinna dove into the topic of age gaps in relationships
Trending
4 weeks ago