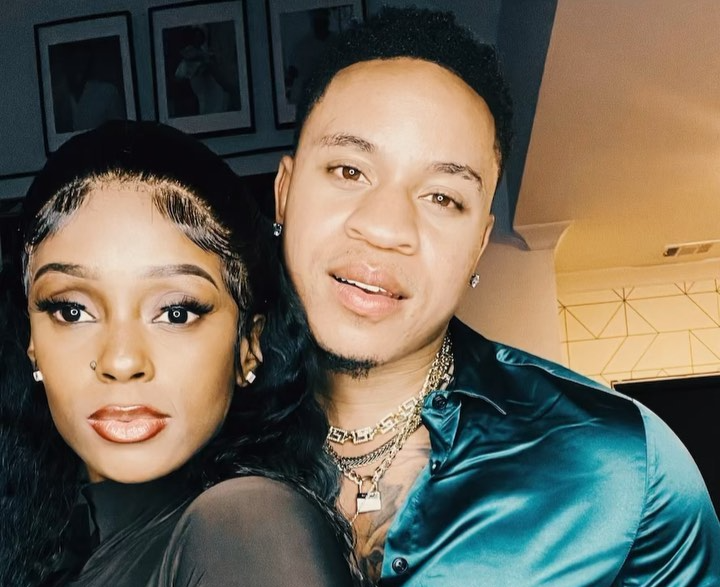 Vanessa Mdee and Rotimi The two are expecting a second child together
Image: Instagram

Tanzanian singer Vanessa Mdee, who resides in Atlanta, and her fiance Rotimi are expecting their second child.

The happy news was shared on social media by the famous couple in a lovely video.

The two revealed that they would soon be bringing a bouncing baby girl into their home.

The pregnancy attracted positive vibrations from fellow celebrities and fans.

In December 2020, Vanessa and Rotimi announced their engagement.

When Rotimi got down on one knee to ask Ms. Mdee, "Will you marry me?" she broke down in tears because she was overcome with emotion.

Before the couple began kissing, Venessa gave a hearty "yes!" and accepted the engagement ring.

Dating began between the two in October 2019. Vanessa was initially seen having a "baecation" in Miami with Rotimi, an actor well known for playing Andre Coleman in the series Power.

Vanessa relocated to Atlanta to live with Rotimi after the hookup. A few months later, she made the decision to permanently put her music career on hold due to what she referred to as "the music industry being demonic."

The two made the announcement of the birth of Seven Adeoluwa Akinosho on September 29, 2021.

“Seven Adeoluwa Akinosho. Proverbs 22:6: 'Start children off on the way they should go, and even when they are old they will not turn from it',” shared Vanessa Mdee.

In September 2022, the couple was celebrating their son for turning ayear older.

"See what the Lord has done. Seven is 1 and it feels like you just got here. My baby, you’re a divine gift and I am honored to be your mama. Thank you for being our biggest blessing,” Vee Money wrote.

Atlanta-based Tanzania singer Vanessa Mdee and her fiancé Rotimi have acquired a mansion in the US on a mission to secure their future.
Entertainment
2 months ago