How to take precautions on car fire accidents 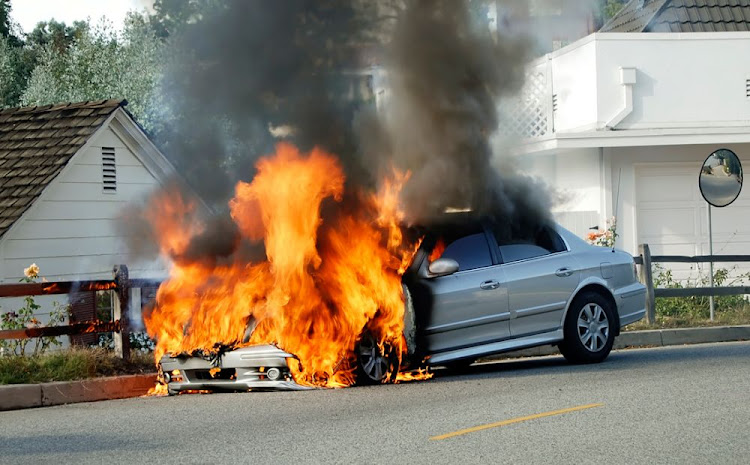 Car fires are a common issue that is caused by a number of factors.

Things such as human error, mechanical issues, and chemical issues are the most common causes and they might all come together to create a fire.

Following the recent incident with Jay Leno, who has been hospitalized after getting seriously burned in a car fire, below are some of the causes of car fires that will be helpful in avoiding the same from happening to you;

Forgetting or neglecting to properly take care of your car can indirectly lead to a fire.

That's because if you let broken parts, leaky seals or faulty wiring go without repairs, they can make your car a lot more hospitable to the conditions that cause fires.

This is especially true for older and vintage cars.

An engine with a bad gasket is more likely to drip hazardous and flammable fluids.

Just over 20 percent of car fires can be traced to electrical failure or malfunction.

It is advisable that every now and then, take a cursory look around for leaks and frayed wires.

Depending on the impact site, a car crash can spark a car fire.

Most vehicles' crumple zones are designed pretty well, so the body and frame absorb the force of a blow and protect internal, dangerous spots like the engine, the battery and even the gas tank. 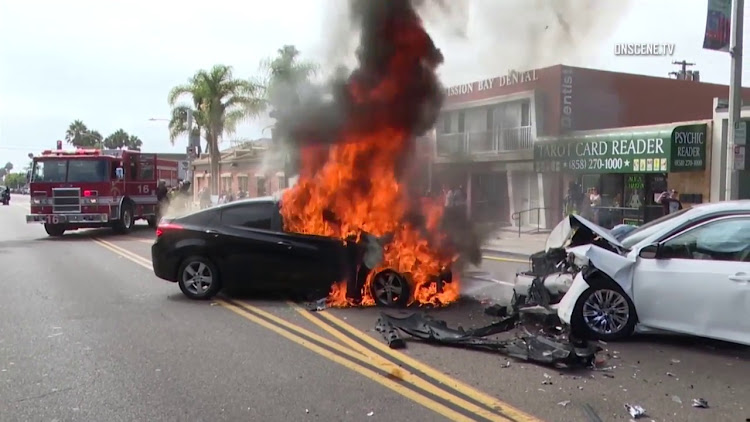 A hard enough hit is likely to cause fluid leaks and spillage, as well as heat and smoke.

Since it's hard for occupants of a crashed vehicle to see the extent of the damage while they're still inside, the threat of a fire might not be immediately apparent.

That's why it's always best to get away from a damaged car as soon as possible.

This means they can catch on fire spontaneously without a spark.

In the event of severe overheating, those temperatures are very achievable. Combine that with leaking fluids, and a fire starts.

Causes of overheating include a faulty relay, a faulty radiator fan, a leaking radiator, or a faulty water pump.

To avoid overheating, make sure the cooling system is in good condition and pay attention to the water temperature gauge in your car.

In the event of overheating, stop your car at a safe place and let the car cool down first. Continuing to drive with an overheated engine will risk your car catching on

A typical car's standard lead-acid battery charging cycles can cause explosive hydrogen gas to build up in the engine bay, and the electrical current the battery provides (along with faulty or loose wiring) can produce sparks that can quickly ignite a fluid drip or leaked vapors.

The electrical system's hazards aren't confined to the area under the hood, either.

Electrical wiring runs throughout the entire car: through channels, into doors, under the carpet, and through powered and heated seats, just to name a few places where an unnoticed frayed wire could cause havoc

A lot of a car's fluids have corrosive, poisonous and flammable properties, but gasoline is among the most flammable.

Gasoline at a temperature of just 45 degrees Fahrenheit (7.2 degrees Celsius) or above can quickly catch fire from a simple spark.

It happens all the time and on purpose in a running car, after all, but it's contained by the engine.

Gasoline that reaches 495 degrees Fahrenheit (257.2 degrees Celsius) will ignite by itself.

It's easy to see how fuel dripping onto hot metal and plastic parts can cause a fast-spreading fire, not to mention the spark from a tossed cigarette butt or other source.

If you ever smell gas in or around your car, find and fix the leak immediately.

A design flaw in a vehicle usually isn't going to cause a car fire on its own, because there's no on/off switch for lighting a vehicle ablaze.

Usually, the manufacturers catch these before incidents become widespread.

Not all design flaws result in car fires, but any number of problems can make fires a lot more likely.

Arson is the criminal act of setting a fire.

Someone who would deliberately set a car on fire, most often, it's revenge,or it could also be to cover up evidence of another crime.

Sometimes it's curiosity or old-fashioned vandalism, or it could be insurance fraud.

Adding on to bad wiring, poorly installed accessories are also a fire hazard.

The accesory itself is harmless but poor wire routing, bypassing fuses, and pulling too much current is where the problem begins. Stay safe while modifying your cars.

To avoid this, route the wires properly.

Wires that rub against metal or hot parts will wear out the insulation and become easily compromised.

Identity of driver involved in death of 6 at Kamakis unearthed

The injured were admitted to the hospital with multiple injuries.
Lifestyle
1 month ago