Kenyan lady goes to date with her two boyfriends 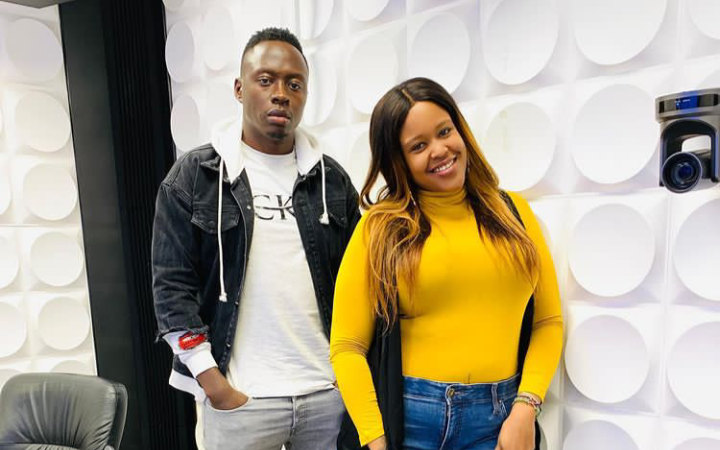 During the Morning Breakfast show, Baby girls association CEO Kamene Goro asked listeners to call in and let her know about the character development classes their exes have taken them through during their dating escapades.

A listener took up the challenge and called the Morning Kiss hosts to narrate his story.

"you see like for me... for me around 2018 I had a girlfriend and we would go for dates, and sometimes she had this guy who she had told me was her cousin who would tag along when we go on dates," the unidentified listener said.

"Pigia huyu chali muulize kwa nini ameniacha nyumbani na mimba" Did someone do something and you want to know why they did it? WhatsApp us on 0702946100 with the details @ogaobinna @kamenegoro #KameneAndObinna

He went on to narrate how he eventually came to find out that his girlfriend had been playing him right in front of his eyes all along.

" when we would go on dates he'd sometimes tag along. I pay and he also chucks money. I didn't know that... coz all along mimi I knew yeye ni cousin... well turns out she was dating him as well and to the "cousin" I was also her " cousin", ' the caller told Kamene and Obinna.

The co-hosts were beyond shocked and slightly impressed as to how the girl was able to pull off such a ruse.

The caller probably still in disbelief at having been lied to added, " sasa sisi tunaenda dates he's there I'm there kumbe we were being played both of us."

Obinna couldn't hold himself as he let out a chuckle admitting that  was smooth on the girl's part before asking, " kwani you guys did not call each other babe around the table?"

" Hapana... we didn't use that term because she was like relax, please behave my cousin is here. And the other friends knew him and I knew him and had his number so I was trying to be chill," the caller explained adding that he did not think to ask the other guy if he was her cousin as he also sometimes had his real female cousins come to visit

The guy finished off by admitting that he would never forget that very clear character, development class.

Obinna: How to not get caught when cheating

Obinna shared some knowledge for the boy child on how to stay off the radar when it comes to cheating
Entertainment
8 months ago
WATCH: For the latest videos on entertainment stories