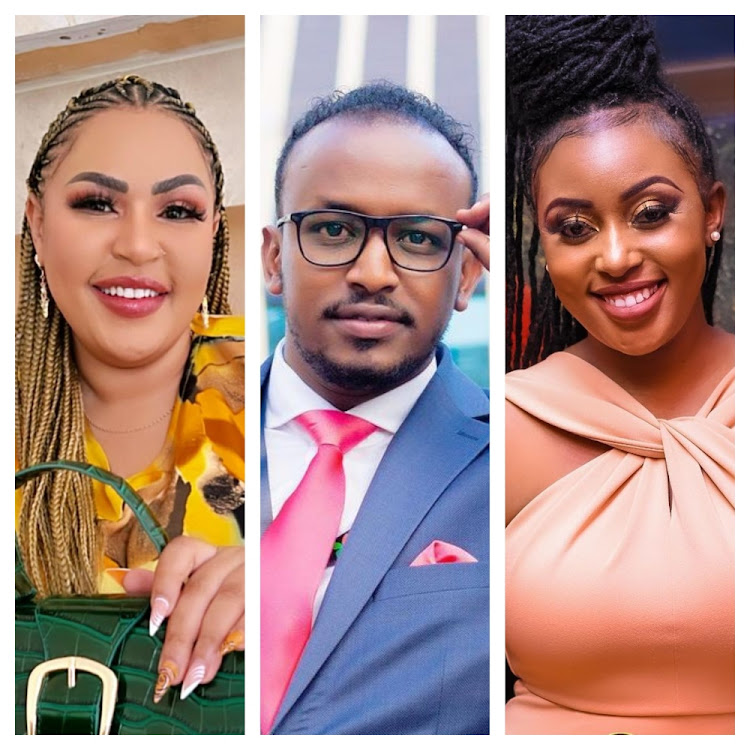 Amira, Jimal and Amber Ray in a collage
Image: Instagram

It appears that Amira, Jimal Roho Safi's first wife, had no interest in "flying the Kenyan flag," as the businessman advised she should.

Jimal, had nominated his two ex-wives, Amira and socialite Amber Ray, as well as his rumoured girlfriend and employee Wangari (whom he refers to as a very close friend), to appear in the upcoming reality series "The Real Housewives Of Nairobi" on Tuesday night via Instagram stories.

He put up a story saying, "My thinking they should consider between this three women, that's between, Amira, Wangari Thiong'o and Amber Ray. Either one of them. They can raise our flag high in Kenya. My thoughts. Mimi ni Roho Safi."

He then posted a poll after the initial one asking Kenyans what they thought of the proposition he labeled, "Hapo vipi?"

55% of internet users voted in favour of him, while 45% disapproved of his proposal.

Amira responded to the father of her two sons on her platform after his Instagram stories.

She initially shared a gif of a woman holding a large trash can. In the brief video, the woman points to the trash can before throwing it out.

The mother of two then posted a trending TikTok video of a young girl trying to give advice but she ends up mumbling because her English isn't good.

The video starts with the girls saying, " In life, you must respect yourself and have self-discipline then everything will go alright..."

She captioned it, "Me trying to raise the Kenyan flag high." Before adding another post saying, 'It is the opaque nature for me."

His other ex, Amber Ray also responded to the post but in a rather subtle way.

Amber shared a post talking about the series being confirmed in Nairobi, Kenya.

She captioned it with the deep in thought emojis without any words.

With new Real Housewives shows planned for Pretoria, South Africa, and Nairobi, Kenya, the series is destined to grow throughout Africa.

According to Variety, NBC Universal Formats has collaborated with the African entertainment business Multichoice for a number of additional African versions of The Real Housewives series.

The 14-part series is being filmed in Pretoria by independent production company Provoco, with filming in Nairobi to start in September.

'Move on!' Amber Ray tells of her exes

Amber Ray and Amira have been at each others necks this morning
Entertainment
5 months ago
WATCH: For the latest videos on entertainment stories