Playboi Carti recently changed his music style to a more rock and metal flow, with rap intertwined into it 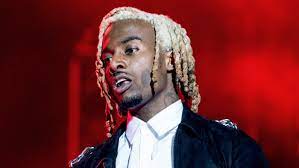 American rapper Playboi Carti who got a tattoo reading satan on the back of his neck
Image: Courtesy

The 25-year-old who has over 8.5 million followers on Instagram showed off his new tattoo inked on the back of his neck that read, " satan" without offering further explanation or reasons as to why he got the artwork done.

This latest ink comes after Carti was announced as a special guest performing for Rolling Loud’s New York festival next month, from September 23-25. 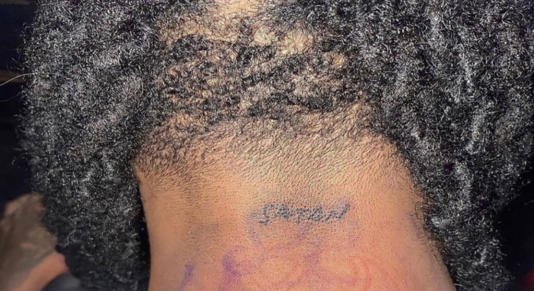 Playboi Carti has been one of the biggest stars in the music industry, with his hit song “Magnolia” from way back in 2017 propelling him to stardom.

He recently shifted his sound from rap to a more rock and metal flow, with rap intertwined into it as well as his dressing style. A move that had fans a little confused and worried.

It’s also been a while, since Carti released a new project.

The last one came back in late 2020, with his “Whole Lotta Red” album.

The album went on to become Carti’s first number one album.

However, ven without new songs, Carti has been making more festival appearances though, as he’s been making a name as one of the most energetic performers, in the industry.

Carti has a few other quite odd tattoos on his body like in the middle of his stomach ( a little bit to the left) he has a tattoo of a cross that has been crossed out inside a circle with the words " Bad Religion" tatted right above it.

He also has the Sabbatic goat ( also known as Baphomet) tattoo on his lower torso .

And on his right side of the chest he has the anarchists symbol, just to mention a few.

Celebs who have tattooes of their bae

A tattoo varies in meaning based on different individuals.
Entertainment
2 months ago

Harmonize gets inked to celebrate Kajala forgiving him

Thinking of getting a tattoo? Here are a few tips

If at any point the pain becomes unbearable, inform your artist, a good tattoo artist will give you a breather to get your head in the game
Lifestyle
4 months ago
WATCH: For the latest videos on entertainment stories